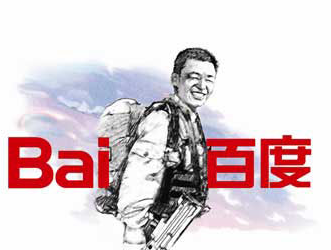 Google’s pull away from China has sparked a lot of controversy, along with mixed emotions from both sides of the story.  But one company that won’t be feeling anything negative in the near future is China-native search provider Baidu.

Thanks to Google’s disappearance, those who were using its services had to go for a “next best thing” option.  However, that’s hardly fair to say, seeing as Baidu has always held a very large portion of the search traffic for the country.

Apparently, though, the gain in users was significant enough to push a heavy market return.  So heavy, in fact, that Baidu has just posted a 59.6% increase in revenue over the 1st quarter of 2009.

The evolving landscape of Internet search will be an interesting story to watch as it unfolds.  In countries such as China, where pride for services run by fellow countrymen runs strong, even Google will have a long road to walk.