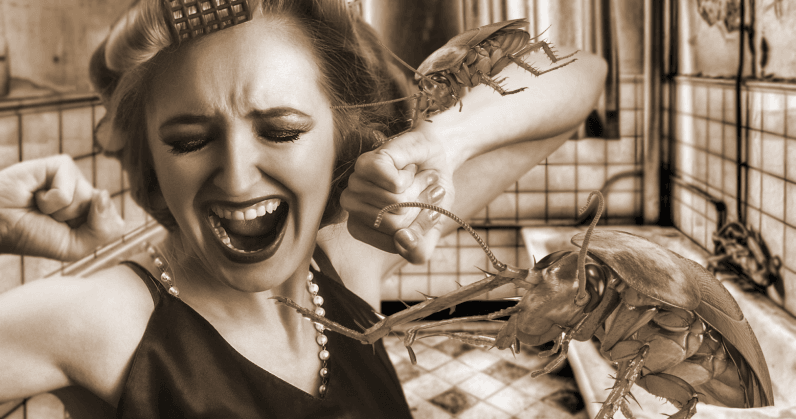 In what sounds like the stuff nightmares are made of, a Chinese facility is breeding roaches by the billions for use in medicinal concoctions. These “healing potions” are reportedly use to cure respiratory, gastric, and other diseases according to an official report.

Long, narrowly spaced rows of shelves fill a multi-storey building about the size of two sports fields. The shelves are lined with open containers of food and water.

It is warm, humid and dark all year round, with freedom to roam to find food and reproduce. Fully sealed like a prison, it has strict limitations on access to visitors. From birth to death, inhabitants never see the sun.

What Chen describes sounds a bit like a roach-led version of The Matrix, but it is in fact a breeding facility responsible for producing more than six billion adult cockroaches each year.

This building is one of many. In Sichuan alone, government officials report producing nearly 28,000 full-sized adult cockroaches per square foot, each year, in similar facilities.

Each facility relies on AI to continually collect and analyze more than 80 categories of data. These include humidity, temperature, food supply and consumption, as well as genetic mutations and modeling future growth.

This is important data for a country where more than 40 million people consume crushed-up roach concoctions due to their perceived health benefits. (In case you’re wondering — which you almost certainly are not — it’s reported that the roach potions look like tea, have a bit of a fishy smell, and taste slightly sweet.)

But if roach tea has you grossed out, you might want to skip this next part entirely.

According to Professor Zhu Chaodong of the Institute of Zoology at the Chinese Academy of Science, if the roaches were to escape — whether by human error or natural disaster — the results would be “catastrophic.” Just a dozen of them could infest an entire neighborhood, he says.

Worse, some critics are concerned that amplified reproduction and genetic screening could accelerate the natural evolution of the insect, thus producing “super cockroaches” of abnormal size and breeding capability.

“Multiple lines of defence must be in place and work properly to prevent the disaster of accidental release,” Zhu continued.

A giant indoor farm in China is breeding 6 billion cockroaches a year. Here's why on South China Morning Post