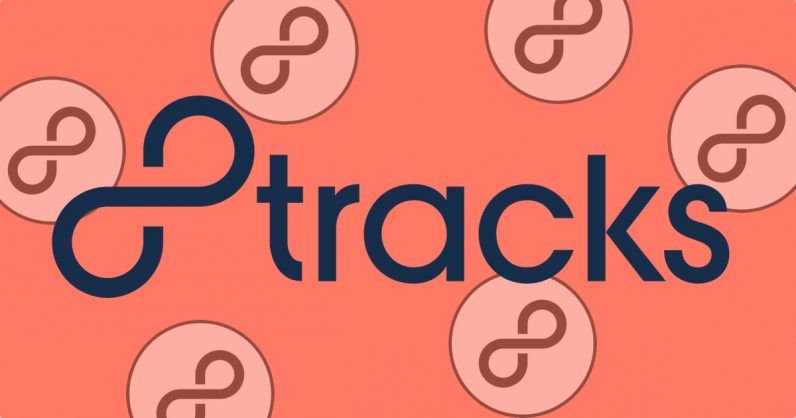 During 2012-15, when there were only a few streaming services in India, it wasn’t easy to share music, or discover new music. One of the cool ways show to off that you found some previously unheard music from the depths of the internet, was to make playlists on 8tracks and share them on Twitter and Facebook.

Even in other countries, few streaming services had robust mobile apps with state-of-the-art AI to suggest a long list of songs, one after another. So, 8tracks was the cool kid on the block with ‘DJs’ trying to create their own playlists with whacky names and sub-genres.

The service shut down last year, but it was revived by new owners this year, and they’re looking to bring it to prominence again. I spoke to its founder David Porter, and Jeffrey Treichel, the new CEO of the company, about its past, present, and future, and what makes the service unique after all these years. But first, let’s hit rewind.

The company was established in 2008 by David Porter and Remi Gabillet with an idea to build a ‘music-oriented social network’. The concept was simple, you pick eight or more tracks to build a ‘mix’ and let the world enjoy it.

Plus, you could attach multiple labels to describe the mood of the playlist. And you could be creative and attach new tags to classify the playlist in a more nuanced way — like sleepy chill or leather jacket. The draw was that anyone could become a DJ for others online, and introduce people to songs from your own.  own collection by uploading them. So you could find a ton of tracks that you might not get to listen to elsewhere on the internet.

At that time, when Spotify and Google Play were in their infancy and Apple Music wasn’t around, 8tracks became a popular way for many people to discover new tunes and interact with other music lovers through playlists.

The site became popular during 2012-2015 and had 8 million monthly active users at its peak. Porter told me that even Google was interested in buying the company — but the offer was turned down because it was more of an acqui-hire where the search giant wanted the company’s talent. And given Google’s record, I wouldn’t have been surprised if it killed 8tracks after a few months.

However, the site’s traffic started to drop shortly after this period, and the company needed an injection of money to supplement its ad-supported model. It raised $2 million with a crowdfunding round in 2016. Plus, it limited the number of listening hours per week for free users. That turned the firm profitable in 2018, however, the number of users continuously dropped out as people moved on to other services.

Eventually, the company ran out of funding to sustain royalty payments and product development. So Porter decided to shut it down by December 2019.

Jeff Treichel, the new CEO of 8tracks, told me he was an avid user of the service and he loved the discovery aspect of the site. So, when he got to know at the end of the last year that the company was shutting down, he reached out to Porter and found out that there was an opportunity to acquire the business.

He said, “I didn’t want this service, which had become an integral part of my life and my musical journey, shut down.”

Treichel bought the assets, folded it under a new company named Backbeat Inc., and restarted 8tracks for users in the US in April this year. He said that the service currently has 1 million active users.

The company has been using the YouTube API to stream tracks to users globally. In the US, users can stream tracks through 8track’s own player and access tracks that are uploaded by users.

The company’s short term goal is to get some rights and launch the service in Canada. Then it’ll focus on relaunching its Android app along with exploring to restart 8tracks in other markets such as the UK, Germany, India, and South America.

Treichel said that because the 8tracks community consists of music aficionados, the company is also looking to explore a layer where users can stream tracks at a lossless compression level à la TIDAL.

The company is also talking with rights holders to get global rights and drum up its catalog, so users can search through it to make playlists.

Robert Barbiere, Senior Vice President, Digital Rights, at digital rights management company Pex, said 8tracks will have to be smart about licensing. It will need to create niches that fans of a particular genre will love instead of hoarding mainstream music.

” In terms of percentage like I know two-thirds of our streaming was from independent artists,” Porter agrees with this point, “I think we were good representatives of the indie sector, and that’s where the company can find its sweet spot.”

As a lot of DJs host mixes of tracks on 8tracks, it will have to work with labels in such a way that they don’t object to the mixes being made available to listeners there. However, if the artist decides to request a takedown, the DJ will have to take the song off the playlist. If there are frequent takedowns, that might mar the curation experience for DJs,, forcing them off the platform.

Then there’s an aspect of building a community. Despite having functions of following your friends, Spotify and Apple Music don’t spark many conversations between people on the platforms. A lot of conversations around music and artists take place on Facebook Groups or Music subreddits.

Treichel aims to change that with 8tracks by enabling people to create groups and communities right on the service for sharing and talking about music. He doesn’t want to restrict playlist sharing just to 8tracks content alone, and he hopes these features will help initiate conversations between people who might not be using the same set of music streaming services.

Jeff Yasuda, founder and CEO of B2B music licensing company feed.fm, believes that despite advancements in music recommendation AI, music curated by humans has its own charm. He says that if 8track manages to build a unique enough catalog, it can find an audience in people who would love to interact over playlists.

Music licensing and community building are both excruciating and lengthy processes for any business. Not all streaming services would get tens of millions of subscribers. 8tracks and Treichel know that the service might not compete with the Spotifys and Apple Musics of the world.

However, he argues that 8tracks has a passionate bunch of people who want to curate playlists for distinct moods, as compared to playlists based on popular artists as you see on mainstream music services.

Barbiere said,”users looking for mainstream music might have to ‘reject’ 8tracks. But by building niches it can appeal to the right set of users.”

For many listeners, 8tracks will likely act as a secondary service they listen to while working, studying, or hosting house parties. But it should satisfy curious aficionados looking for diamonds in the rough. If you are keen on hearing new sounds, 8tracks might strike a chord with you.

Read next: This AI analyzes placentas to predict complications in the next pregnancy