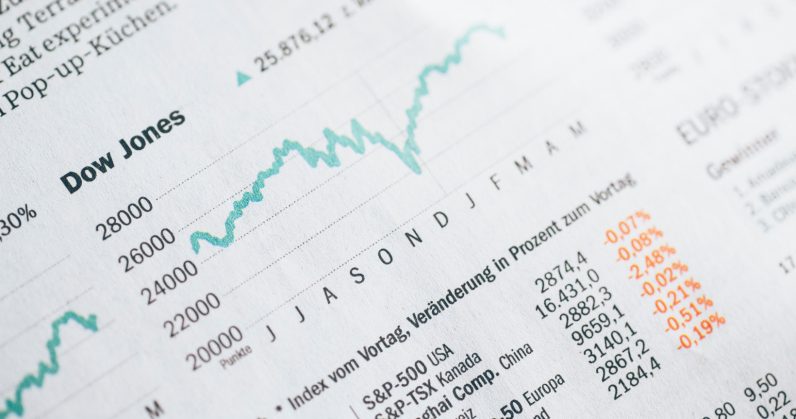 Long ago, anyone who wanted to invest in the stock market had to use a broker, or pay steep charges every time they made a trade. Then, a few years ago, Robinhood burst on the scene. This revolutionary fintech app, which launched in 2013, allows people to buy stocks and shares commission-free.

It was a concept that quickly took off with the general public, who were virtually excluded from the financial markets. After less than a year, Robinhood had almost 500,000 users. By 2017, it had executed over $30 billion in trades.

Evidently, there was an appetite for products that democratize access to the stock market. Other companies quickly followed suit, hoping to carve a slice out of this nascent industry. In the US, upstarts like WiseBanyan and Acorns started offering free, or nearly-free, trading for shares and ETFs.

The concept took off overseas, too. Although Robinhood is planning a UK expansion, when it finally hits the shores of Britain, it’ll have to compete with a bevy of established players. The best example is Freetrade, which boasts an army of passionate users who helped fund the business via equity crowdfunding.

Even Revolut is in the market. In addition to a cryptocurrency exchange and foreign exchange services, this fast-growing London fintech startup offers commission-free trading to users of its Revolut Metal product, which costs £12.99 per month (roughly $15).

For the past month, I’ve used Freetrade to start investing. The heading for this section is a bit misleading — unlike the antihero of Wall Street, my investments are relatively modest. Ten pounds here. Twenty pounds there. I’m not sat in a chauffeur-driven limo prepping a speech about how “greed is good.”

Signing up was painless. I downloaded the Freetrade app from the Google Play store (it’s also available on iOS) and inputted some personal information. Five minutes later, I had a trading account that allowed me to buy and sell UK shares and ETFs. To buy US securities, I had to fill out an IRS tax form, which I did through the app. This process took less than two minutes and was primarily a box-ticking process.

Then I had to top-up my Freetrade account. To do this, you have to nominate a bank account. The app only accepts deposits from your specified account, and all deposits are processed manually, meaning there’s a slight lag between when you transfer cash, and when it’s available to invest. According to the company’s product roadmap (which, like Monzo, is available on a public Trello board), instant deposits will be rolled out in a few months.

The company also lets users top-up their accounts via Google Pay and Apple Pay. I haven’t used this feature personally, so we’ll skip over it.

Once you’ve got money to invest, it’s time to put it to work. Freetrade has a relatively small, but growing, universe of shares and ETFs. These all have their distinct advantages and disadvantages.

In my view, the small, curated nature of the Freetrade universe makes it easy to find shares to investigate — and perhaps buy.

Once you’ve found something, it’s time to buy it. Trades are free, provided you don’t mind waiting until 4 PM for them to execute. That’s because Freetrade batches trades together to lower costs. If you want to purchase shares immediately, you can make an “instant order,” which costs £1 (about $1.22).

Once executed, your trades will show up in your portfolio, which has a straightforward design, with no complicated candlestick charts. It has a simple graph that shows the growth and decline of your holdings.

You can also drill-down into individual holdings. Tapping on a share shows their performance, and how much you’ve lost and gained since you purchased them.

If you’ve purchased a stock that issues dividends, Freetrade will handle these for you. If a company you’ve invested in issues cash payments, the app will automatically credit them to your account. And if a company issues shares as dividends, these will show up in your portfolio. There are no paper checks or certificates to deal with.

Finally, at the end of each month, Freetrade gives you a PDF statement showing your holdings, in addition to how much cash you’ve got on hand.

Power to the people

Freetrade is a great app, but this article isn’t about it. Not really.

It’s about how technology is allowing people to invest their own money independently.

I’m unmistakably a minnow in a vast pond. My investments are so small they barely count as a rounding error within the enormous financial markets. And yet, Freetrade has radically changed my approach to money.

I’ve been treating Freetrade almost as a saving’s account — albeit one with a particular element of risk. I have a strategy that sees me buying stable, cheap (less than £3, or roughly $4) shares with a track-record for issuing dividends.

More to the point, I’m buying companies that only fail if the economy goes thermonuclear. That means banks, phone companies, utilities, and the postal service.

Apps like Freetrade and Robinhood have introduced a social element to trading, and some subreddits buzz with activity from amateur traders. Other people have different strategies to my own, and it’s genuinely exciting to compare notes with others.

Overall though, it’s clear that Freetrade wants its users to follow a more conservative investment strategy. This intent is evident by the features it lacks (like the ability to purchase shares on margin — debt, essentially), as well as the company’s content strategy, which educates users on things like diversification and dividends.

And here’s the thing — it’s fun. There’s something genuinely exciting about taking a punt on a stock, and following how it performs on a day-to-day basis. And this excitement means I’m more inclined to invest more.

Nothing crazy, mind you. I merely mean that the money I’d otherwise spend on things like pints and takeouts is going into my investments. And I’m saving more.

And I should add that it hasn’t replaced my everyday savings account. For that, I use another fintech product: Marcus, by Goldman Sachs, which is also excellent and comes highly recommended.

It’s crazy to say, but it’s true: Freetrade has radically changed how I manage my money. I’m socking more away, and I’ve also quickly become a consummate reader of financial news. Investing my money has forced me to educate myself about the world of markets, which was previously virtually alien to me.

I’ve waxed lyrically about fintech in the past. I genuinely believe technology has the power to improve how people manage their finances. It can open opportunities that were previously closed off, like the ability to plan for the future.

It’s one area of the technology that’s hard to be cynical about. And I’m excited to see how disruptive fintech apps like Monzo, Freetrade, Goldman Sachs Marcus, Betterment, Robinhood, Square, and Truebill will change society in the coming decades.