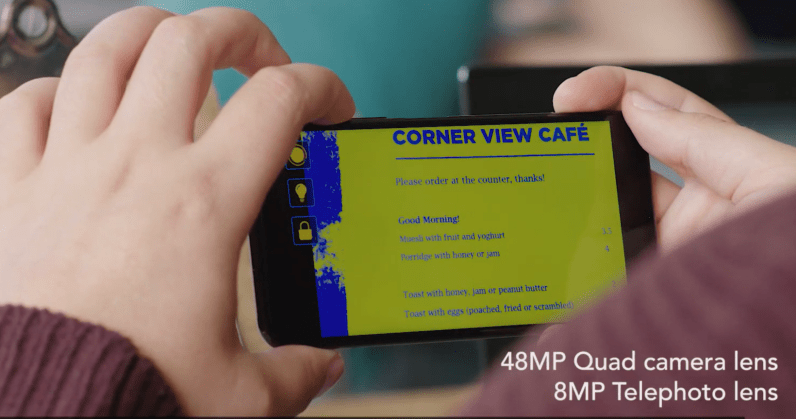 Ricky West is a popular YouTube influencer from the UK who creates videos about consumer technology. He’s also visually impaired.

West suffers from something called septo-optic dysplasia. This is a rare congenital disorder that affects the optic nerve. In his case, it’s resulted in tunnel vision in his right eye, while only his left eye can perceive light.

Traversing modern life, which is narrated by the written word in places like menus and roadsigns, is sometimes a challenge for West. But recently, the creator has found help from an unlikely place: a new Android app called PocketVision from Honor, a sub-brand from Huawei.

Honor announced PocketVision on Friday at a fringe event to the IFA consumer technology trade show. The app leans on Huawei’s expertise in AI and camera technology to make text easier to consume by those with limited vision.

The secret sauce to the app is a collection of algorithms that act a bit like “filters,” changing the color profile of menus and documents into something that’s easier to parse by the visually impaired. Users can cycle between black text on a white background, white text on a black background, and blue text on a yellow background.

For many visually impaired people, as well as some with severe learning difficulties like dyslexia and dyspraxia, adjusting the contrast can make text easier to read.

PocketVision also comes with baked-in OCR support. This digitizes text found within the environment, which is then read out loud by a text-to-speech algorithm.

The app is currently available exclusively for the Honor 20 Pro, which the company unveiled a few months ago. This is because it’s only configured to work with the four-camera configuration of this device. Some features of the app require a telephoto camera lens, which isn’t a standard feature across all phones.

PocketVision has received plaudits from the UK’s Royal National Institute for the Blind (RNIB), who were in Berlin to help launch the app. In an emailed comment, the institute’s Robin Spinks said:

“PocketVision is an example of an exciting new category of apps that allow on-the-spot accessibility. Using this app, people with low vision have the ability to convert any text into a readable format, making the world a more accessible place, giving a greater sense of freedom and breaking down barriers to create a more inclusive society.”

Those with a compatible phone can download the app from the Huawei App Gallery, where it’s available in English, Mandarin Chinese, German, Portuguese, Italian, and Spanish.

Read next: The coolest thing I saw at IFA was a headless robot cat from Japan