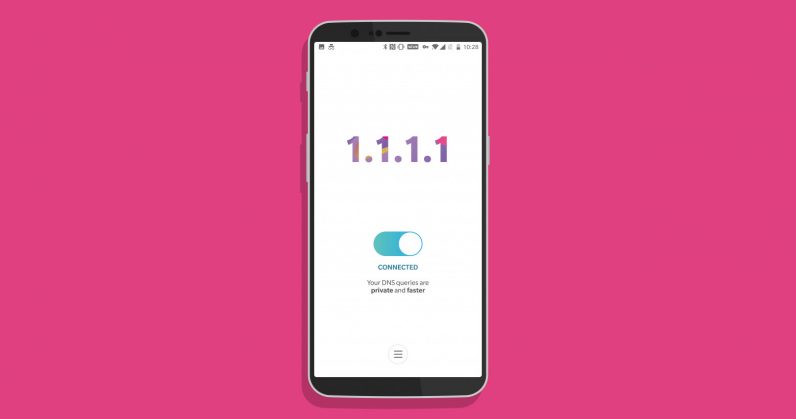 If you’re concerned about your government snooping on your browsing history, or simply want an easy way to access sites blocked in your part of the world, Cloudflare’s got you covered with a new app for Android and iOS.

The networking firm’s new 1.1.1.1 app is just a basic DNS switcher, which routes your phone’s web traffic through Cloudflare’s free DNS service with a single tap. When you turn it on, it’ll work like a VPN app, and should make it harder for ISPs to track your online activity.

1.1.1.1 previously launched in April for desktops, and only requires a few easy adjustments in your OS’ settings. To use it on your phone, just download and install the app, and turn it on.

It’s worth noting that this may only keep your ISP from following the sites you visit; if you want more privacy over your connection, you’re better off using a VPN service instead. Still, it’s an easy way to get around site bans.