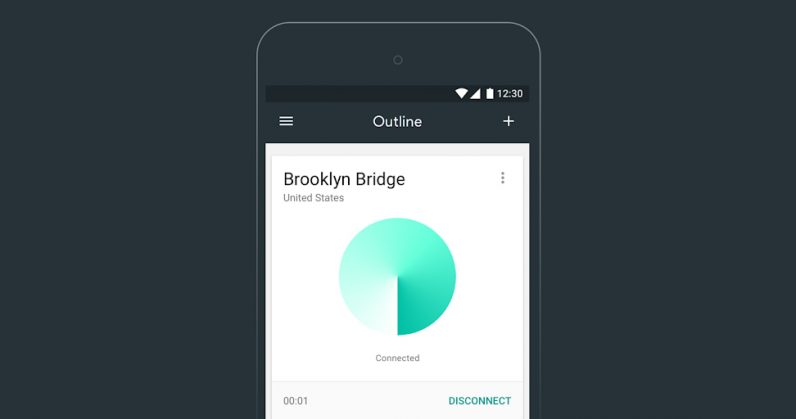 Jigsaw, an incubator that’s part of Google’s parent company, Alphabet, has launched Outline, an open-source virtual private network (VPN) that you can host on your own server at no charge.

As an initiative from the human-rights-focused Jigsaw, Outline is being billed as a tool to help journalists securely connect to their newsdesks, sources, media outlets, and the rest of the open internet from anywhere – even from within the borders of countries that censor some sites and block traffic. While you can use other paid services, the benefit of opting for Outline is that you don’t have to worry about a third party spying on your data as you work online.

It’s currently available for Android, Windows, and Chrome v64 and up; Mac and iOS versions are in the works. The company says it can be easily set up in just a few minutes, installs security updates automatically, and grants you control over who else can access your VPN.

You can either host Outline on your own server or set it up to work with a cloud-based solution from the likes of Digital Ocean, Rackspace, Google Cloud Engine, or Amazon EC2; Digital Ocean will charge you $5 a month for 500GB of traffic for $5 a month, and offers a wide range of server locations across the globe.

It’s worth noting that Dan Guido, a security researcher who heads up the New York-based security firm Trail of Bits, launched AlgoVPN, an open-source VPN tool back in 2016; he claims that Jigsaw copied his work:

Google sure is good at plagiarizing my work. I released @AlgoVPN, an open-source, self-hosted VPN solution, in 2016. I find it hard to believe @Jigsaw was unaware since I’ve met their engineers more than once.https://t.co/juEq5GtKIF

While it isn’t immediately clear if Jigsaw plagiarized AlgoVPN outright, it’s clear that the two are fairly similar. If Guido’s claim is accurate, it’d be good to see him get the credit he deserves. Until then, it’s nice to have a few options for blocking surveillance from your web traffic when you’re reporting on repressive regimes.

Find out more about Outline on this page; AlgoVPN can be found in this GitHub repository.

Read next: YouTube now lets you livestream straight from your webcam