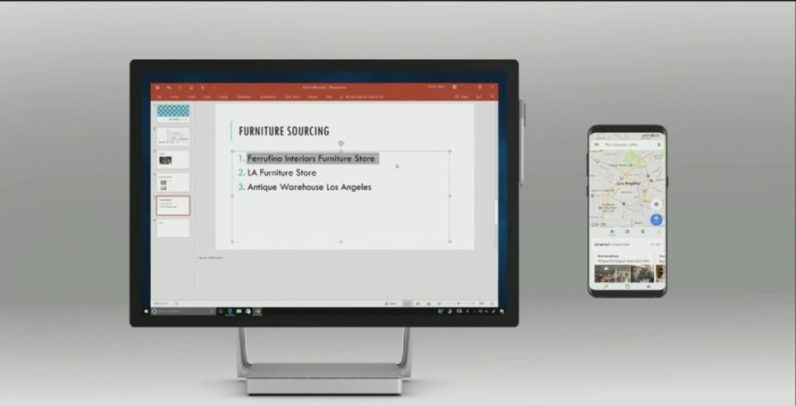 This is pretty rad. Ever had something – like an address, or a phone number – on your computer, and just wished you could paste it on your phone? Now you can, thanks to Microsoft’s Cloud Clipboard.

Joe Belfiore demonstrated the feature on stage at Microsoft’s Build event in Seattle. His example showed someone looking at an address within PowerPoint on a Surface Studio.

That person then copied the address and was able to paste it into Google Maps on their Samsung Galaxy S8 without having to do anything else. That’s because Microsoft’s SwiftKey keyboard had access to the pieces of text she had recently copied from her main computer.

Literally, that’s it. It’s as simple as copying and pasting a blob of text.

Cloud Clipboard also lets you copy text across other Windows 10 devices, and access previous things you’ve copied, so you’re no longer limited to one thing at a time. It’s astonishing that we’ve had to wait until 2017 for this, but I’m not complaining.

Cloud Clipboard will be available in the Windows 10 Fall Creators Update. And frankly, I can’t wait.

Read next: Microsoft brings Fedora, SUSE, and Ubuntu Linux to the Windows Store