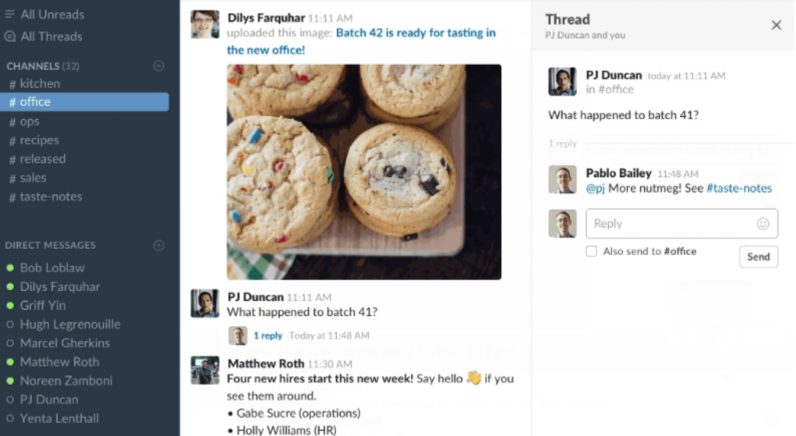 After years of promises and broken hearts, Slack has finally, at long last, begun to roll out threaded messaging to its oh-so-popular communications app. It’s arguably one of the biggest changes to the platform since its inception.

Rather than replacing standard sequential messages, threads exist as mini conversations that live in the flexplane (a.k.a. the side panel). You start a thread by clicking on a new button that shows up when you hover over a message in a channel. You’ll a preview of the number of replies under the original channel message.

Meanwhile, there’s also a new ‘All Threads’ option to catch up on ongoing conversations. However, new threads won’t send out a notification (unless you’re mentioned directly), as the point is kind of to allow conversations to branch off without distraction or clutter.

If you come to some important conclusion or funny anecdote within a thread, you can then share these conversations back in the main channel chat by tapping a checkbox below your messages. These messages will then be previewed along with the original comment in the channel.

Threaded messaging in Slack is long overdue, but it’s clear the company put a lot of thought into how the feature would actually operate in the workplace without forcing people to completely relearn the app.

As it stands, it seems threaded messages aren’t meant to be the main way of communicating on the platform, but rather an organizational system to help keep conversations tidy and useful. It’s particularly useful for answering questions (“Where should we eat?” “Who’s in charge of the presentation?”) or assigning tasks. Threads should also make it easier to locate specific information in a channel by helping you know where to look for an answer.

As they say, better late than never. We’ll have to see how the feature plays out over time, but so far, so good.