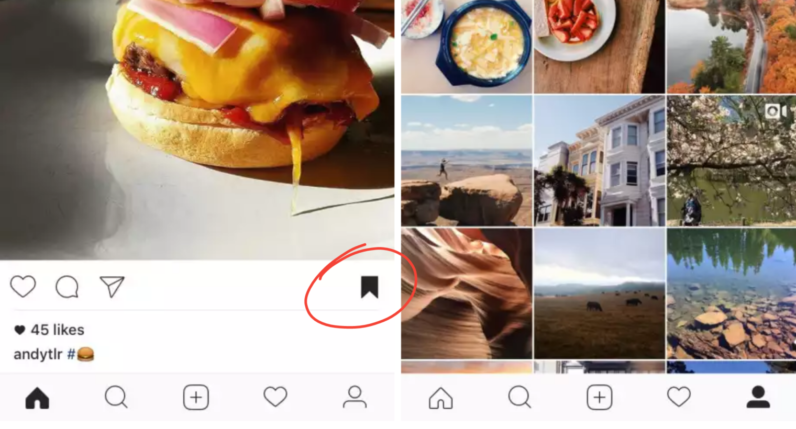 Ever seen an awesome Instagram you want to save for later, only to have it fade into memory after myriads of new posts? That’s no longer a problem.

Starting today, you’ll be able to save posts you’d like to revisit. You’ll see a little bookmark icon – similar to the one on Facebook – on the bottom right of posts. Tap on it, and the post will be saved on a private tab in your profile.

It’s a small but useful addition that’s at least more convenient than taking a screenshot of an awesome meal or a photo of a crush (don’t do that, it’s creepy).

The feature is rolling out today to both Android and iOS (check that you’re on Instagram version 10.2).

Read next: Amazon reaches major milestone as it completes its first drone delivery