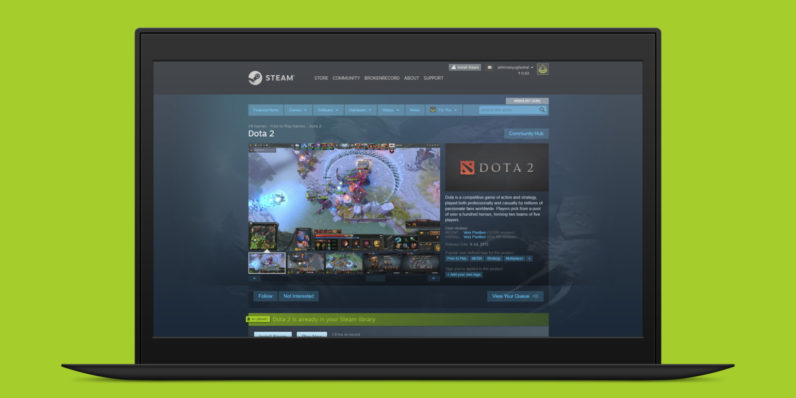 There are many ways developers can make their games look better than they actually do in action, such as concept art and staged renders. Those methods can mislead customers, and Valve wants to put a stop to that on Steam.

In a post to Steamworks users obtained by Polygon, the company announced that all games on its store must use actual in-game screenshots from here on out.

To that end, Valve has updated the page for its own massively popular MOBA, Dota 2, to only display trailers and actual screenshots.

The move should help make it easier for customers to figure out exactly what a game looks like in play, and avoid titles that don’t match up to what their promotional images promise. Most recently, UK-based developer Hello Games got in trouble for publishing misleading screenshots for its space exploration game No Man’s Sky.

However, Valve didn’t say how it would enforce this rule or whether it would inspect images uploaded to each listing. There’s also the matter of videos, which seem exempt to the rule of depicting in-game footage.

The new rules will come into effect a few weeks from now, when Steam gets its storewide Discovery Update that will see the site get a visual refresh, along with new game curation tools.

Read next: This obscure Korean bot has quietly turned into a swearing machine