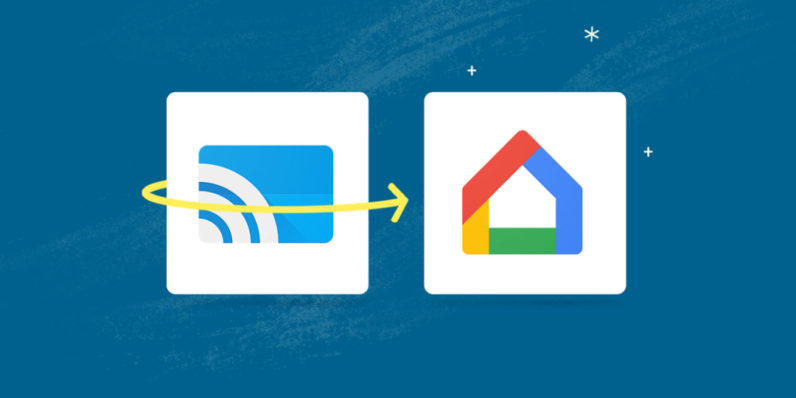 Google’s Casting app has gone through quite a few changes in a short amount of time. First called Chromecast – after the device that started it all – and then Google Cast, as the company expanded its streaming technology to more products, the app is today getting a new moniker: Google Home.

We knew it was coming, but now it’s official. Rather than just a simple name change, it’s a fairly significant redesign job.

First off there’s  new logo, which is obviously more ‘Home’-like, but I can’t help but feel it’s going to confuse loads of people given the completely different look, which bears no resemblance to the familiar Cast icon in so many apps. The name comes in part from Google’s new smarthub/Amazon Echo competitor, but it’s also a move to make the revamped app the center for all your connected devices on Google’s platform.

Otherwise, Google has changed some of the app colors, and shifted the UI from from having “What’s On,” “Devices,” and “Get Apps” tabs to just two: “Watch” and “Discover.” Devices has been moved to its own icon on the top right.


The update is rolling out on Android now; for more on why Google decided to make the change, check out our original post here.