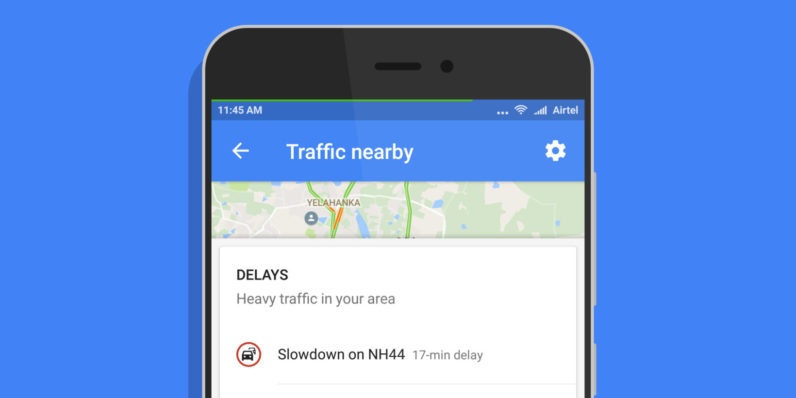 Google has updated its Maps mobile app for Android with a handy new shortcut to help you spot traffic jams near you in real-time.

The new ‘Traffic nearby’ feature, available in version 9.39, displays congested roads and areas around your current location, so you can more easily decide which route to take to your next destination.It works without you having to enter a destination or engage Driving mode first, which is handy if you haven’t yet locked in any plans to get around the city.

You can access the ‘Traffic nearby’ screen with one tap by adding the shortcut icon to your home screen – simply find Maps in your launcher’s widget library and place the 1×1 shortcut wherever you like.

This feature builds on Google’s previous efforts to make Maps more useful for drivers: It recently added hands-free support so you could use voice commands to find locations and learn about the weather, as well as the ability to mark multiple waypoints on a single trip.

‘Traffic nearby’ isn’t yet available on iOS; we’ve contacted Google to ask and will update this post if there’s a response.

Read next: Wikileaks says Assange's internet access has been blocked 'by a state party'