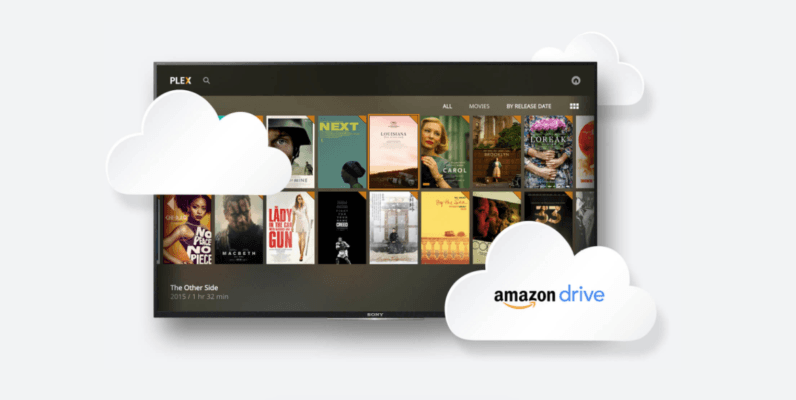 Today, streaming giant Plex announced that it has teamed up with Amazon to launch a new product that’ll make its Media Server software easier to use than ever before — Plex Cloud.

As you’ve probably already guessed, Plex Cloud is almost identical to the company’s desktop-based Media Server with the main difference being that it operates in the cloud instead of on a computer or NAS.

What’s particularly neat about Plex Cloud is that it’s configured with a single click, so you no longer have to manually select libraries on your hard drive. Instead, all media files that can be accessed from the server are stored in the cloud.

Plex has even managed to migrate its incredibly powerful transcoding algorithm to its Cloud-based software, which means that you’ll still be able to play all of the shady files types — like MKV — you download from the Internet.

Unfortunately, there are a couple of features that are available on the desktop version of Plex’s Media Server that haven’t made their way over to the cloud client just yet, including Camera Upload, DVR and Offline Sync.

I’m pretty excited about this development as I’ve been an avid Plex user for a little over a year now. All of my files are hosted on an always-on PC, so I’m looking forward to moving them to the cloud and watching my electricity bill come down.

There is a little bit of bad news, though. As Plex is harnessing the cloud storage space from Amazon, users will need to purchase a standalone Amazon Drive subscription, which will set them back $60 per year for unlimited storage.

They’ll also need a Plex Pass, which costs $5 per month or $40 per year. It’s also worth noting that Plex gives you the option to shell out a hefty $150 for a lifetime membership.

At present, Plex Cloud is currently in invite-only beta. However, Plex Pass holders have the facility to request access to the program by heading over to the official Plex website and registering their interest.

Read next: This awesome webcam filter turns real life into the Matrix