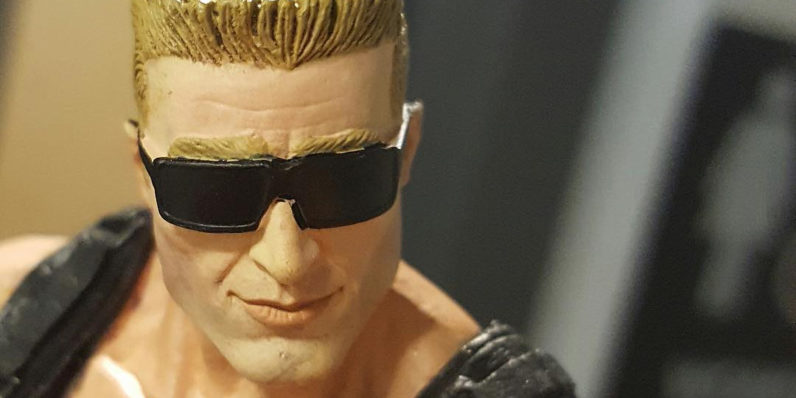 Most folks who grew up in the 90s will remember – either with adoration or revulsion –Duke Nukem 3D, an absurdly fun FPS starring an uber-macho protagonist who was basically Johnny Bravo with a penchant for big guns.

The 1996 release saw a reprise in 2011, in the form of Duke Nukem Forever, but the game was panned by critics and players. But now, 20 years since the original title came out, there are rumblings of an all-new Duke Nukem game, thanks to this new website.

DukeNukem.com features a ‘Happy 20th Anniversary’ banner and a countdown to 8:30 pm ET on September 1, as well as links to new Twitter, Facebook and Instagram accounts for the franchise.

Unfortunately, none of them are specifically saying that a new game is coming; as PC Gamer notes, it could be DLC for Duke Nukem Forever or some sort of anthology or collector’s edition from publisher Gearbox Software. But we can still dream, can’t we?

We’ve contacted Gearbox to learn more and will update this post if there’s a response.

Read next: Autoplay video is a plague that can't be stopped