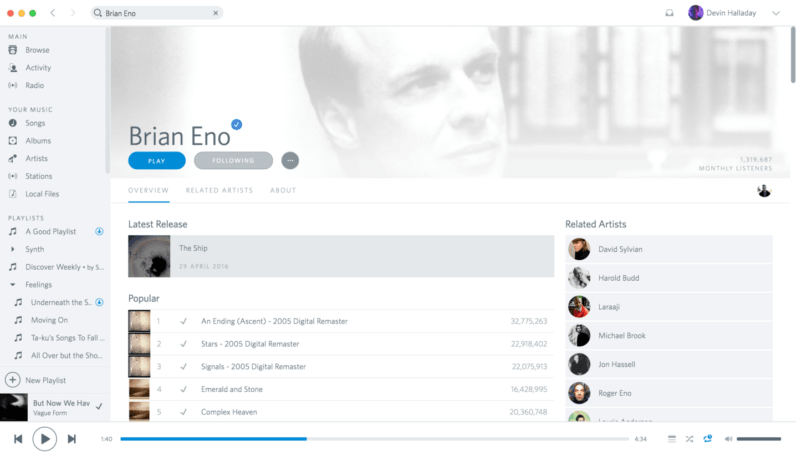 Rdio, the now-dead music streaming service, lives on via a Spotify theme for the desktop.

While it’s not a recreation of Rdio, Spotio at least makes your Spotify experience feel a lot more like Rdio. To get it, you’ll have to ump through a few hoops, but design-concious listeners may just want to do that. 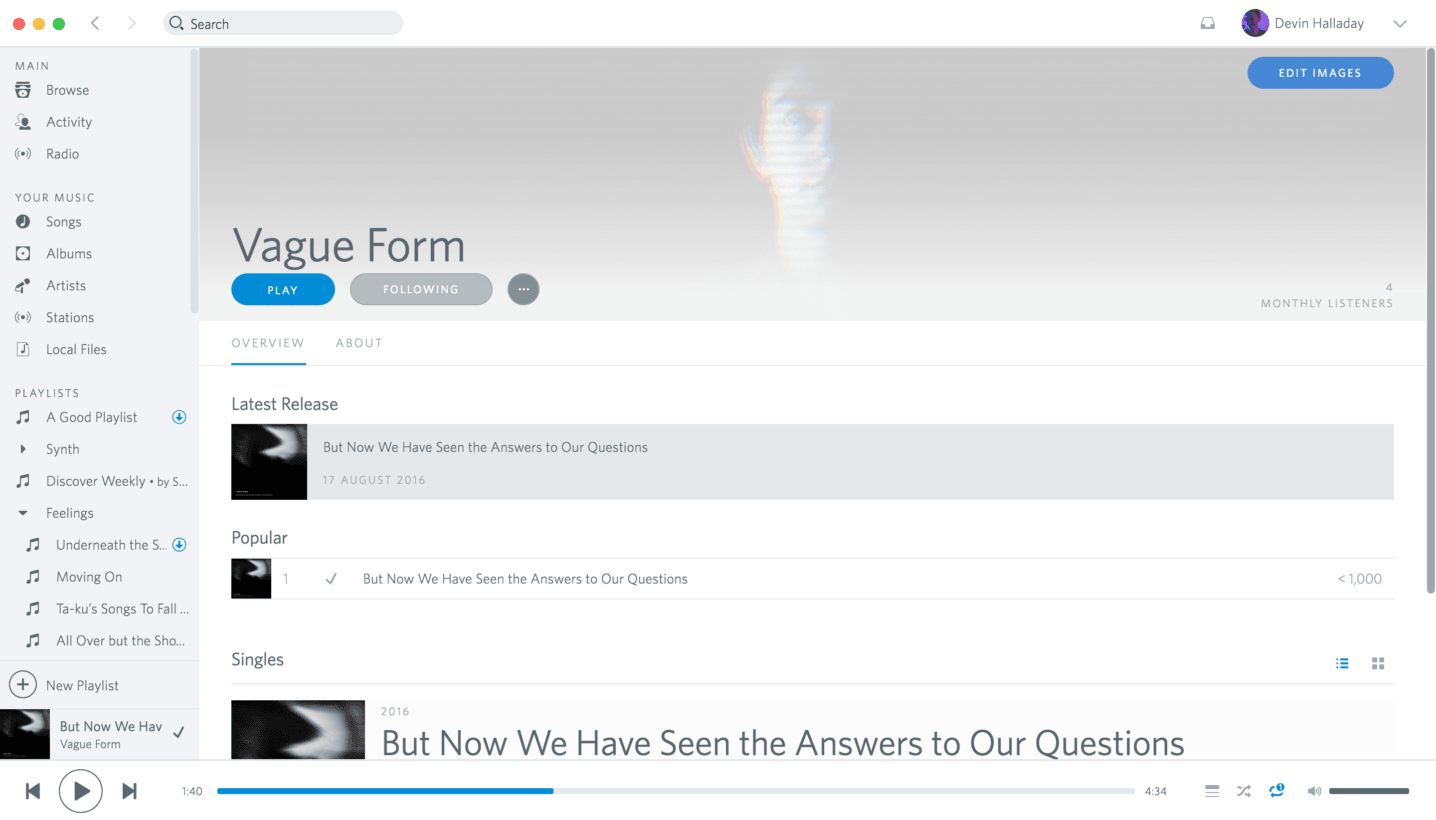 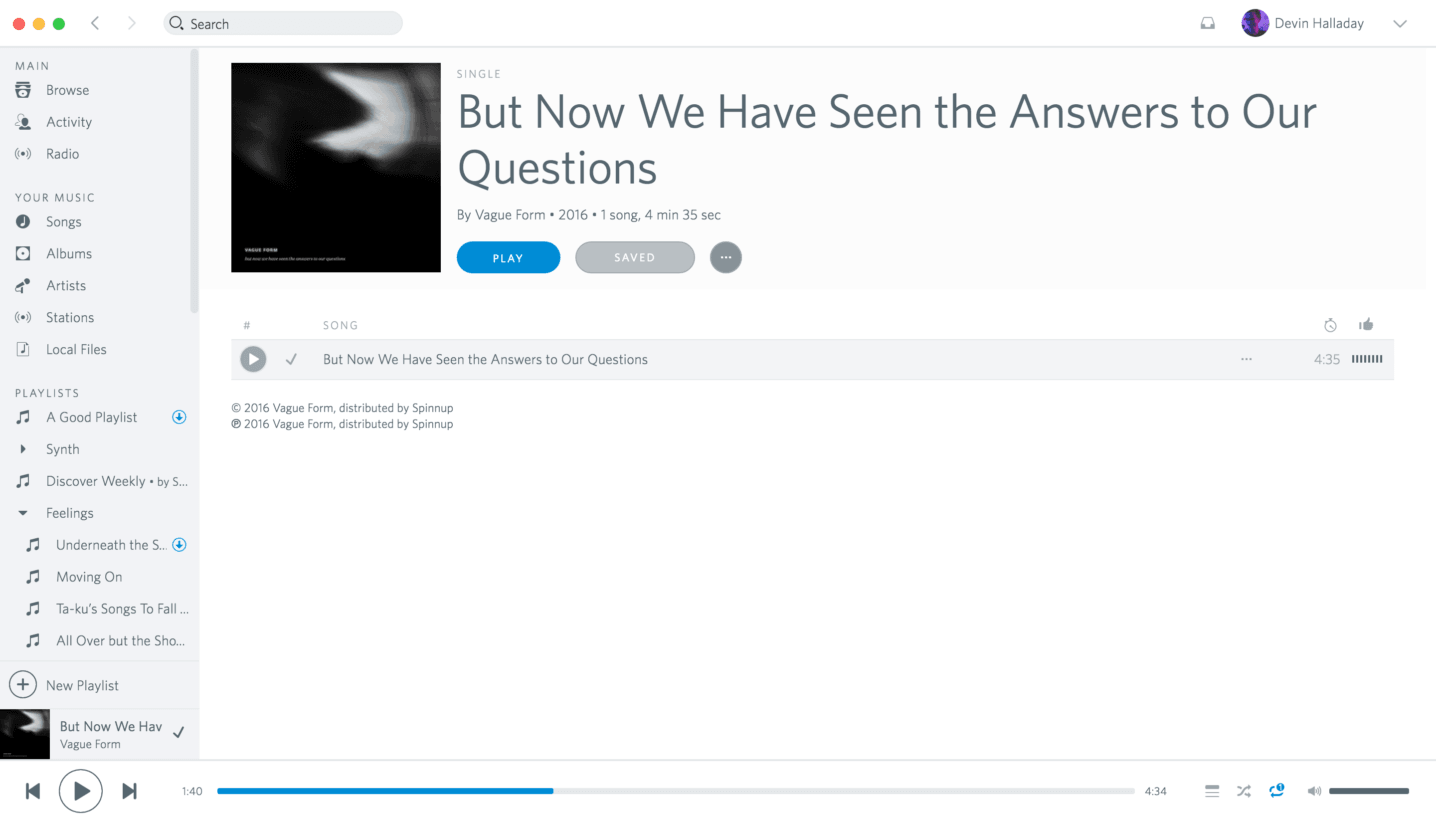 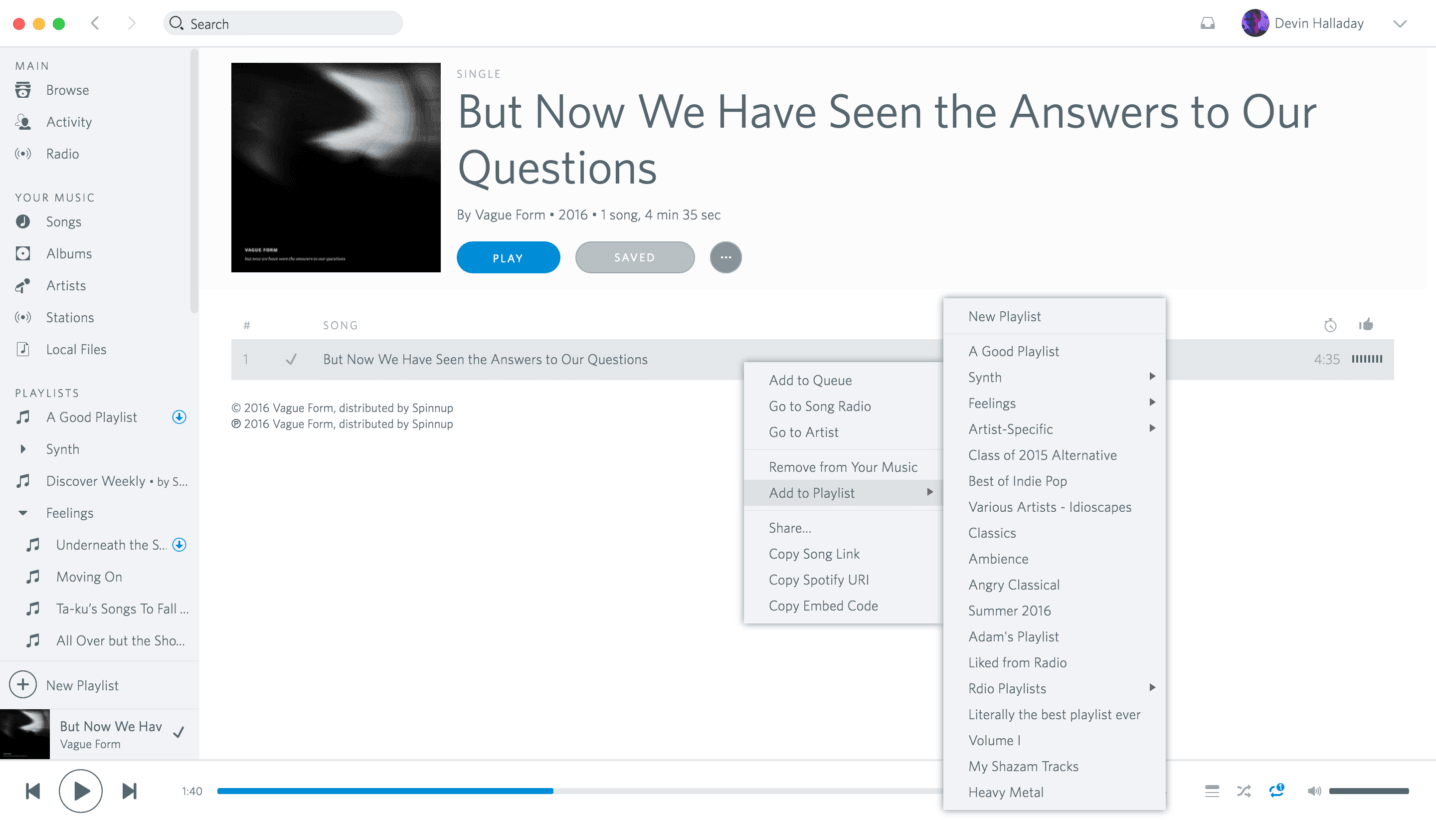 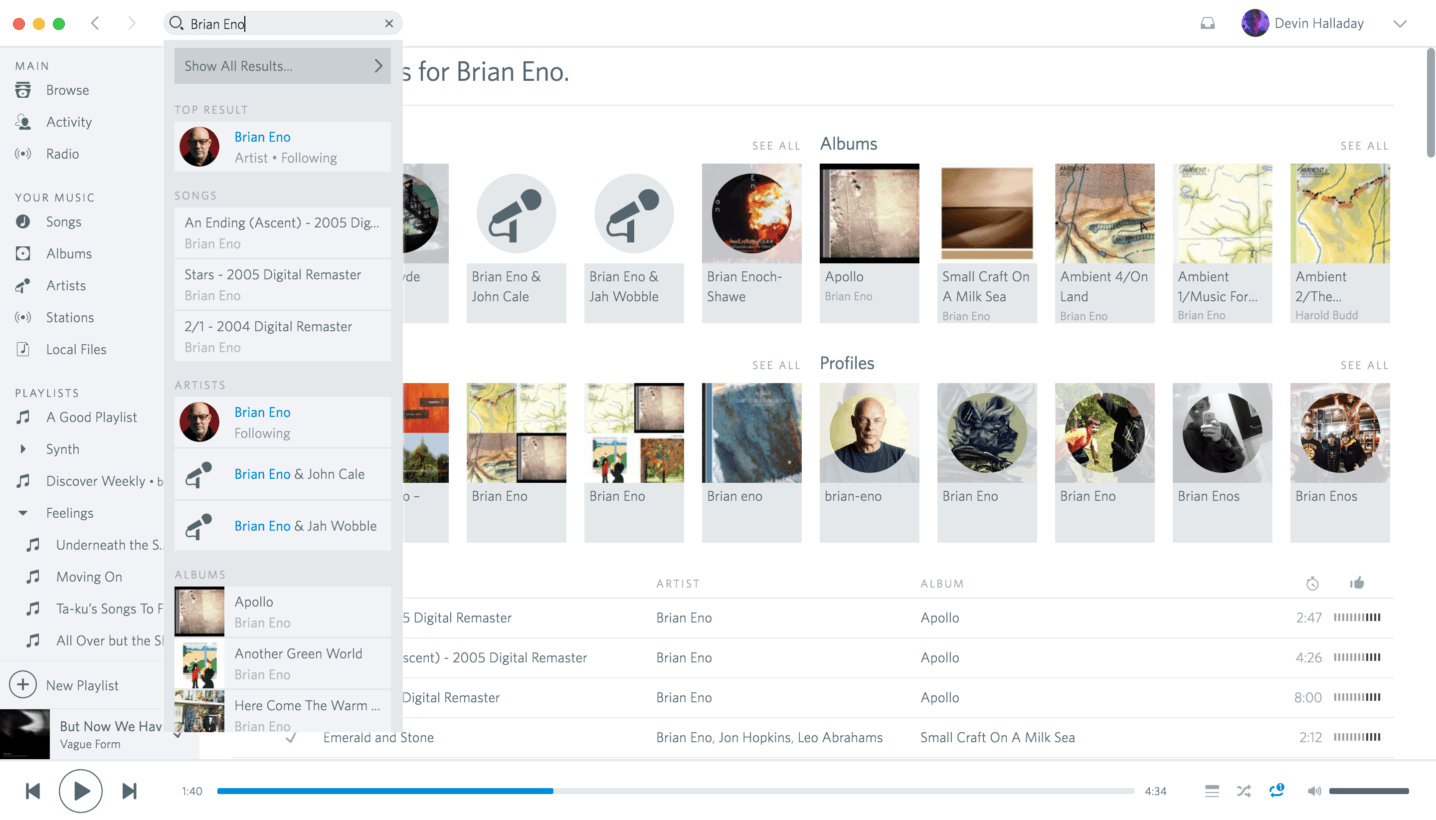 As Engadget points out, you’ll have to close the official Spotify app on your Mac, and make sure your settings allow downloads from all developers (as Spotio isn’t released via the Mac App Store). Then you have to delete Spotify from your Mac.

Spotio may be pulled at some point should Spotify find it hits a bit too close to home, but it’s a cool way to get back to one of the most beautiful streaming music services ever. It’s creator calls Spotio a “proof-of-concept,” but it’s about as good as it gets for us.

Read next: Comcast hopes you don't notice it's twice as expensive in non-Google Fiber markets