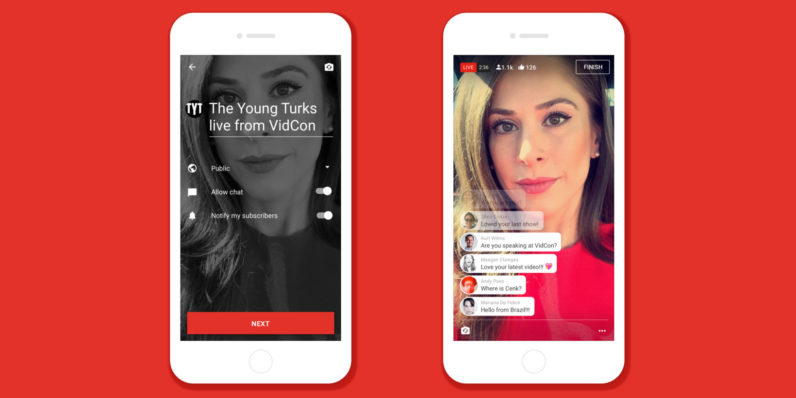 Google Plus continues to be deprecated across Google properties. This time, the company is discontinuing its ‘Hangouts On Air’ feature in favor of YouTube Live.

Starting September 12, those who want to start live broadcasts will need to use YouTube Live. Google says it’s a hard deadline, too:

Hangouts On Air features Q&A, Showcase and Applause will not be making the jump to youTube. Instead, Google is encouraging broadcasters to use Google Slides for Q&A, and social media to gather questions ahead of the event.

Recorded Hangouts On Air events will still be available on YouTube.

Hangouts video chat is not going away; Google is simply limiting it to interpersonal and team meetings.

YouTube makes a bit more sense for broadcasting yourself to the world — and was already the storage container for recorded Hangouts On Air — but it’s clear the downturn of Plus didn’t end with Photos after Google announced it was repositioning Plus at last year’s I/O conference.

Read next: Striking out on Tinder? Use more GIFs