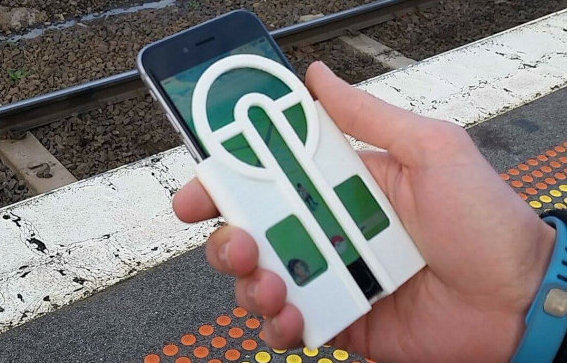 That Pokemon Go phone case designed to help you catch ‘em all is seeing such high demand that its Etsy shop has been closed (temporarily).

The 3D printed case made headlines when it was launched because it basically forced you to throw the perfect Pokeball. Because most of us low-key suck at Pokemon Go, demand has been high.

Due to an OVERWHELMING demand we need to close the store for a few days whilst we catch up with demands. However, we want the store to remain visible, so the sale price has been set crazy high. DON’T WORRY, we will be back in just a few days with more models designed, such as for Samsung phones, iPhones, and many more at a proper price of AU$10.

Don’t hold back from sending me messages or requests for models.

The bad news is that supply is really tight. As I write this article, there is one left in stock (and may be gone by the time you read this).

But Android users will soon be able to get in on this deal — or at least Samsung phone owners will. While Pokemon Go mania is likely going to be short-lived, I sure hope Jcach3DPrinting has been able to rake in a ton of cash while the game is at its peak.

Read next: Warner Bros goes after Google and Reddit in piracy battle