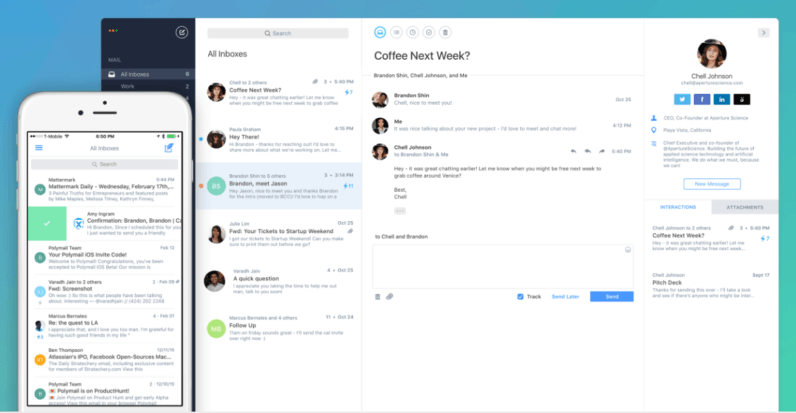 Popular desktop email client Polymail has landed on mobile with the introduction of an iOS app.

On launch, Polymail was widely heralded as a new way of thinking about email without compromising productivity. It tracks how many have read an email automatically, and includes profiles of each recipient (so long as they use the same email you’re messaging them on for social accounts).

While the desktop version is still your workhorse, Polymail for iOS is powerful enough to get the job done while you’re out and about. It borrows some Polymail desktop features like reminders for emails and those handy profiles. Mobile users can also choose to have emails send at a later date. 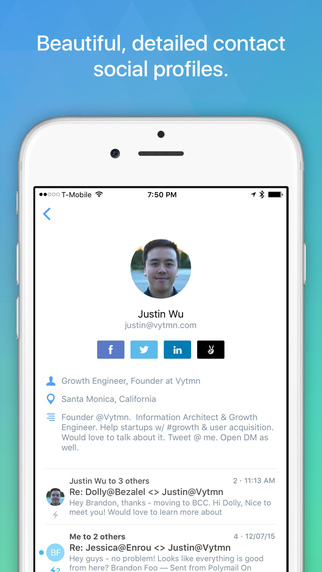 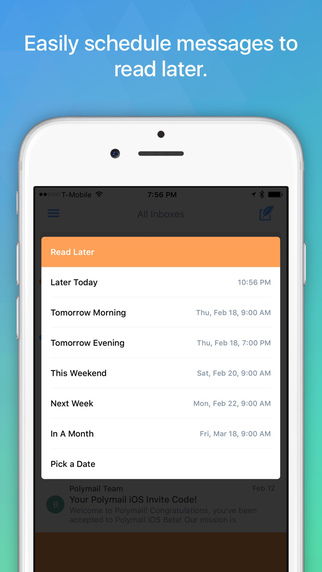 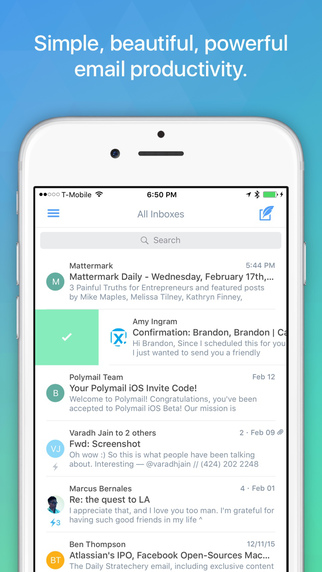 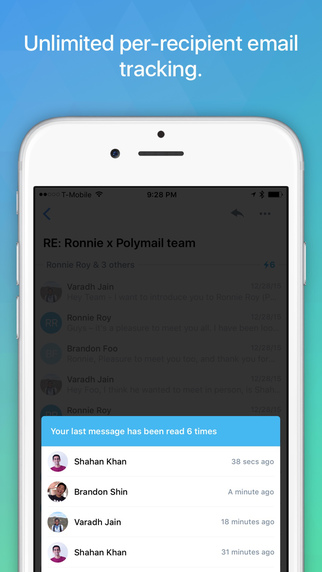 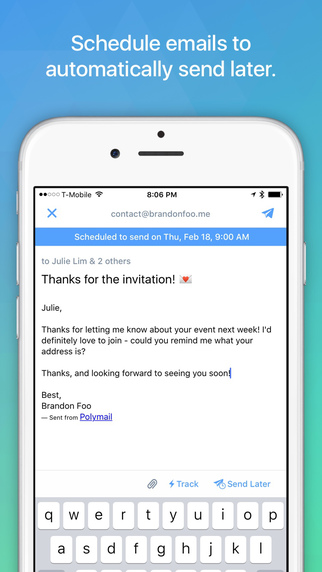 Of course, email is a crowded space. On top of Gmail, Inbox, Outlook and Apple’s own Mail app, it has to deal with the likes of CloudMagic and Airmail — all of which encompass both mobile and desktop (some via the Web).

The app has some dedicated, amorous users, so it may just make a strong showing. It’s still an upstart, but has a lot of positive energy powering it along.

If you’re interested in giving Polymail a shot, the Mac and iOS clients can both be found on its website.

Read next: Starbucks barista shows her troll game is on point by putting an end to lame Instagram photos