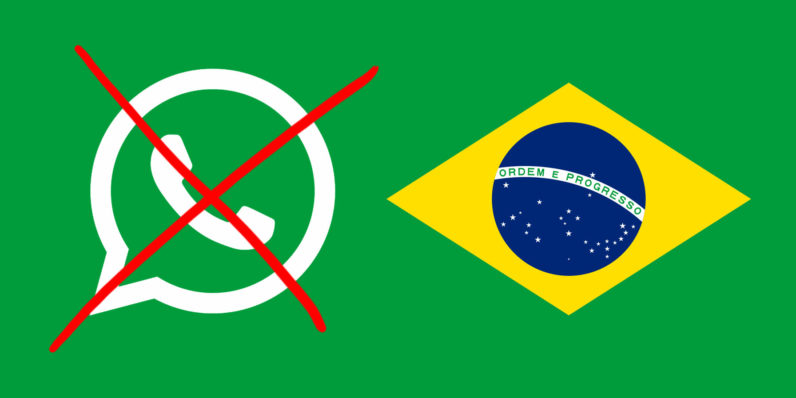 We’re going through a bit of déjà vu here: a judge in Brazil has ordered a nationwide block on WhatsApp after the company refused to comply with a court order to reveal user information in a crime investigation.

The most recent block happened in May, causing 100 million users to have to use alternative services (Telegram being the popular choice).  A previous one happened in December 2015.

Brazil’s five mobile carriers were informed at 11:30 AM local time (Río de Janeiro) after Judge Daniela Barbosa’s decisionand must block the service. Users are now starting to seeing the effects of the blockage trickle in:

We aren’t exactly fluent in Portuguese, but we get the sentiment.

The judge is ordering the company to pay $50,000 per day until it complies with a court order to release the information.

It’s unfortunate timing, what with the Rio Olympics coming up in a few weeks, meaning there’s likely an influx of even more people relying on the app for their communications.

As with before, the blockage probably won’t last more than a few days, but at this point, people may just tire of dealing with the WhatsApp vs. Brazil fued altogether.

Update 1:35 PM ET: WhatsApp CEO Jan Koum posted on Facebook about the incident – understandably unhappy – and the company provided us with the following statement, which more or less says the same:

“In recent months, people from all across Brazil have rejected judicial blocks of services like WhatsApp. Indiscriminate steps like these threaten people’s ability to communicate, to run their businesses, and to live their lives. As we’ve said in the past, we cannot share information we don’t have access to. We hope to see this block lifted as soon as possible.”

In the meantime, anybody want to place bets on how long it will take?

Read next: Find your perfect fitness partner with this mobile app