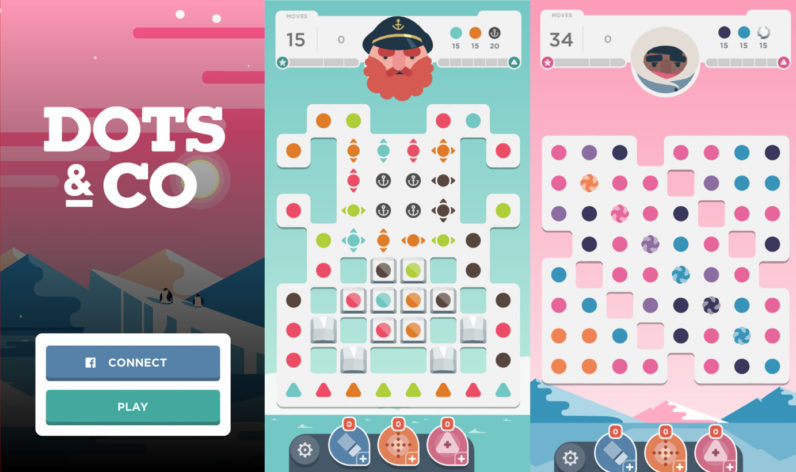 Fans of the beautifully-designed puzzle game Dots and TwoDots, prepare for another adventure. Today, the company announced its third game, Dots & Co.

Dots & Co’s gameplay is a lot like TwoDots in that the goal is still to break enough dots (and triangles this time!) to meet each level’s requirements. The big difference is the “& Co” part – on every level, you will meet new characters that have various abilities to change up the board, such as make all the dots the same color or remove dots of a certain color.

Think of them as using TwoDots’ treasure box every time you break enough triangles (or companion dots, the game calls them). Some characters you choose to join your level may need more triangles to use their ability, but those generally have better abilities as well. As you progress through the game, you meet more friends who can help you out at each level.

Regular power-ups also exist – you can still choose to manually erase a dot one by one if you’d like to pay for those abilities.

I’ve been playing the beta for a bit and while it’s not inherently different from TwoDots, the new maps, characters, and art is a wonder to marvel at. Everything is thoughtfully designed so that the experience is like traveling through distant lands within the game and meeting new friends – making that subway commute less of a pain when you hear yet another “there’s a train ahead of us, we will be moving shortly.”

Dots & Co is free to download and officially lands on July 21 on Android and iOS.