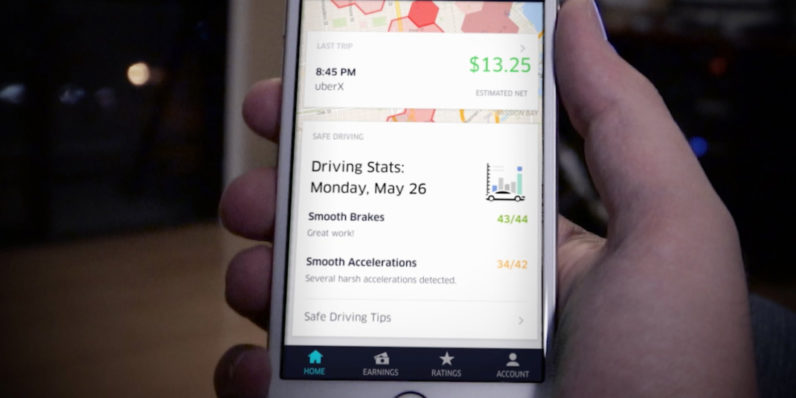 In January, Uber began trialing a system to use sensors in drivers’ phones to detect if they were speeding or braking too hard, in order to assess whether customers’ complaints about rash driving were warranted.

The company announced today that it will begin rolling out more such features to the app for drivers for improving ride safety.

For starters, it will remind drivers to take breaks during shifts, and to mount their phone on the dashboard instead of handling it while the car is in motion.

It will also display speed alerts when a combination of the gyrometer, accelerometer and GPS in the phone detect that the vehicle is moving too fast. Plus, Uber will deliver daily reports to drivers informing them how their driving patterns compare to other drivers in their city, along with suggestions on how to improve.

The company said it will first make these features available to drivers in 11 US cities and gradually cover other places.

Read next: Looking beyond Silicon Valley: What Latin American entrepreneurs can teach us