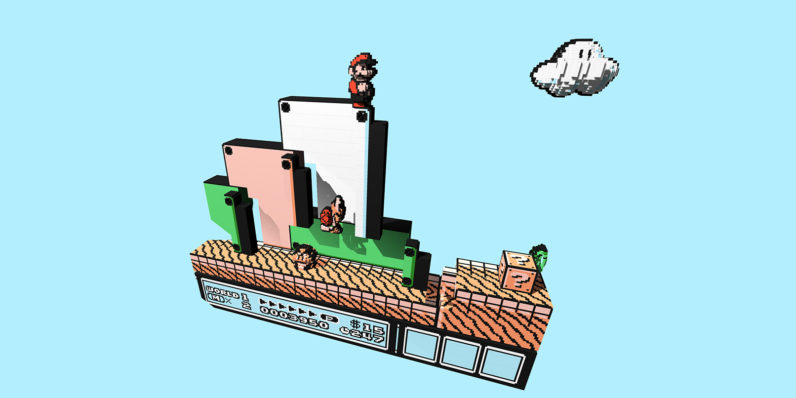 Ever wish your favorite NES games from the 80s and 90s were in 3D? No, not like some cheesy remake, but with all their beautiful 8-bit pixels intact?

You should definitely try 3DNES, a new emulator for Windows. It’s built in Unity and works like other emulators that let you play classic NES games – but it also lets you change the perspective from which you view levels and characters.

Depending on the game you choose, the effect can vary from glitchy to beautiful. It works especially well in side-scrolling titles with discreet objects in the game environment, like Super Mario. Contra, on the other hand, doesn’t look as great, because the levels are usually fully illustrated and there’s not much space in between for the 3D effect to fill.

Developer Geod previously made it available in the browser, but you can now download and run it on your desktop, complete with customizable graphics settings. Those come in handy for fixing games that have issues in 3D; you can find tips on tweaking the emulator for various niggles on Geod’s YouTube channel.

For those who are new to playing emulated games: in addition to this emulator, you’ll need NES ROMs of the titles you want to play. In an ideal scenario, you’ll be able to procure these legally.

3DNES is available for free, but you can also name your price to support the developer and also receive the latest builds as they’re released.

Read next: Google is now the best search engine for song lyrics