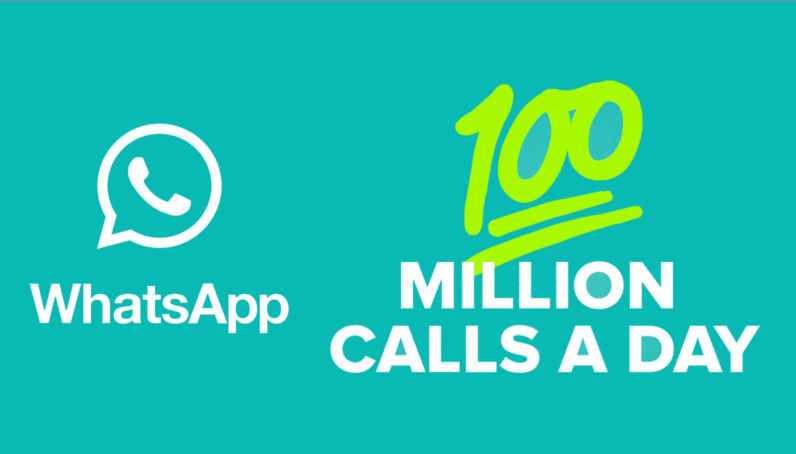 That’s an impressive number, given the feature only finished rolling out to Android and iOS in April of last year. Of course, plenty of those calls are from individuals who make multiple calls per day, but it still shows how quickly WhatsApp’s 1 billion users have jumped on the feature.

For comparison, Skype only has about 300 million active users per month, so it’s not a stretch to imagine WhatsApp has already surpassed the number of daily Skype calls (a figure Skype doesn’t make public). Not bad, considering WhatsApp calling is 12 years younger.

Voice calls have become increasingly popular in WhatsApp because calls using your data plan won’t cost you ridiculous international fees. And while there are plenty of other data-calling services, WhatsApp’s ubiquity and mobile-centric approach might have made for the perfect combination, while Skype users are more likely to be using the app on their computers.

Now if only we could get video calling…

Read next: There may be 3 different iPhone 7 models this Fall (just like the iPad)