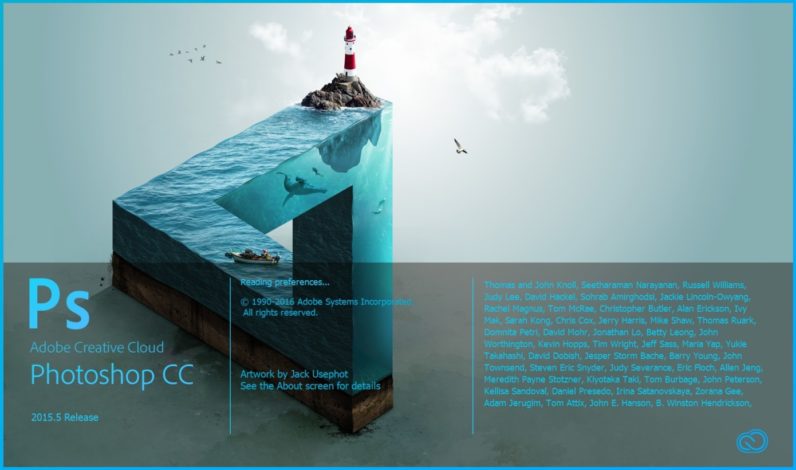 Adobe is rolling out a host of updates to its Creative Cloud platform, including some very welcome new features to its suite of apps.

Pretty much everyone reading this site will use Photoshop at some point in their life, so we’ll focus on that. First up, Photoshop CC “2015.5” is bringing that nifty “Content-Aware Crop” tool we wrote about last month.

It’s a variant on the popular Content-Aware tool, and basically fills in the empty space created by straightening an image. It can also help you expand the borders a bit if you need to give you subject more breathing room.

Though you could theoretically achieve the same using Content-Aware Fill, this is a much simpler process, and Adobe might have fine-tuned its algorithm to fill in the edges rather than a random spot in the middle of an image.

Graphic designers and typography nerds will probably go giddy over the Match Font tool, which identifies fonts in an image and suggests a similar one from your computer or points you to Adobe Typekit to license the right one. It’ll also just make it really easy to doctor text in an image, so expect trolls to take full advantage.

Finally, the Liquify tool is a retoucher’s best friend, so it’s getting a big update: Face-Aware Liquify.

It basically makes it ridiculously easy to touch up someone’s face shape or expression. There are myriad of controls, including adjusting eye height, forehead size, jawline sharpness, or even literally turning a frown upside down. Here’s a quick example I made adjusting random sliders to varying degree.

It’s worth noting that Adobe caught a lot of flack for showing off  pretty much of the same functionality for its Adobe Fix app during Apple’s iPad event last year. It went on stage and made a straight-faced woman look like she was smiling, a poor choice at the time for multiple reasons.

Nonetheless, this is the kind of work photographers, retouchers, and editors often have to do on a daily basis. While, again, these are things you could have previously done manually, Face-Aware Liquify makes it much easier and could save you several minutes from your workflow.

All this is coupled with a ‘4x performance improvement’ in font menus and the Content-Aware tool. It’s a strong set of updates to what’s already the most powerful graphics editor around.

For a list of other changes coming to the Creative Cloud Suite, head on over to Adobe at the link below.