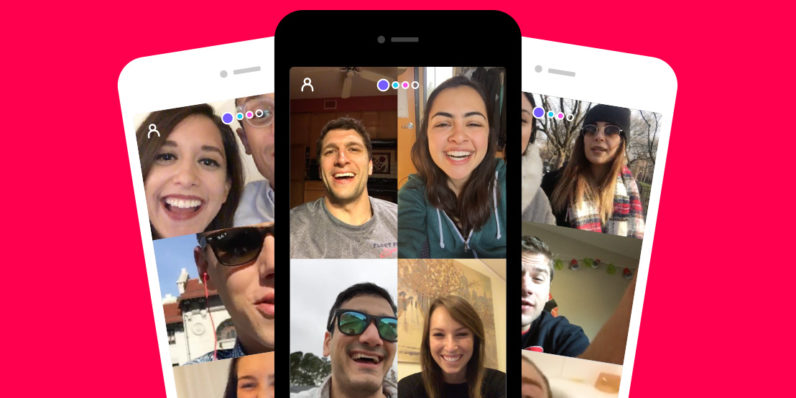 In March, Meerkat CEO Ben Rubin said that the company was throwing in the towel and moving away from livestreaming as it couldn’t compete with Facebook and Twitter – even though it was the first service of its kind on mobile.

Rubin told Recode at the time that Meerkat was going to shift its focus towards developing something for group video chat. The publication reported yesterday that the app is real and has been available since February, and it’s called Houseparty.

Houseparty is available for Android and iOS, and offers a simple way to chat with a bunch of people at once. To start a conversation, just fire up a new group chat and the app will let you send out an invite link via text, WhatsApp or through social networks. Boom, instant group Facetime.

There are other tools like it, including Airtime, which was resurrected by the founders of Napster in April. But Houseparty seems to be taking a simpler approach with none of the bells and whistles of its rivals.

Although Houseparty appears to have launched without much fanfare, it’s already garnered at least 100,000 downloads on Google Play. Oddly, Meerkat isn’t confirming that it’s behind the app, and it’s listed in app stores as being developed by an Alexandar Herzick.

It’ll be interesting to see if Houseparty can gain enough popularity to rule the group chat roost, but it’s not going to be easy. Besides standalone rivals like Airtime and Rounds, there are several messaging apps that can launch a similar service, and I won’t be surprised to see Facebook introduce it in Messenger and WhatsApp in the near future.

Replies to user reviews on Houseparty’s Android app indicate that the developer is testing additional features in a closed beta group, and is also working on introducing private chat. If this sounds like something you’ve been looking for, you can grab the app from Google Play or the App Store now for free.

Naturally, we’ve contacted Meerkat/Houseparty to learn more and will update this post if there’s a response.