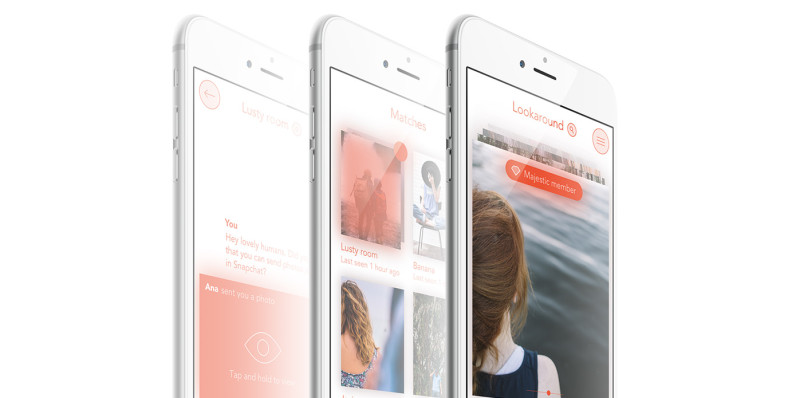 3nder is having a weird day. After being around for more than two years on iOS to help facilitate threesomes for more than a million users, the app is gearing up to launch on Android this month. But at the same time, it’s being targeted by Tinder over the similarity between the two services’ names.

The only thing surprising about that is the fact that it took Tinder two years to come after 3nder.

Of course, 3nder isn’t going down without a fight. It’s launched a site called Tinder Wants to Kill 3nder, explaining how its eight-member team is embroiled in a David-and-Goliath battle with the popular dating app owned by the $268 million Match Group.

To drive its point home, it’s promoting the hashtag #TinderSucksMySocks, which alludes to how 3nder’s team is so busy fighting Tinder’s cease-and-desist notice that it doesn’t have time to do laundry – leading to the lot of them wearing dirty socks. 3nder is also encouraging fans to snap pictures of their socks and send them to Tinder in protest.

It’ll be interesting to see how this plays out, but it’s hard to imagine 3nder coming out victorious. In addition to the name of its app being similar, it launched after Tinder did and also features a swipe-gesture-based interface for users to find matches.

It just goes to show that sometimes, threesomes can be messy business.

3nder vs. Tinder's Monopoly on Love on 3nder Blog

Read next: Fitbit gets your heart rate wrong by 25 BPM on average, study says