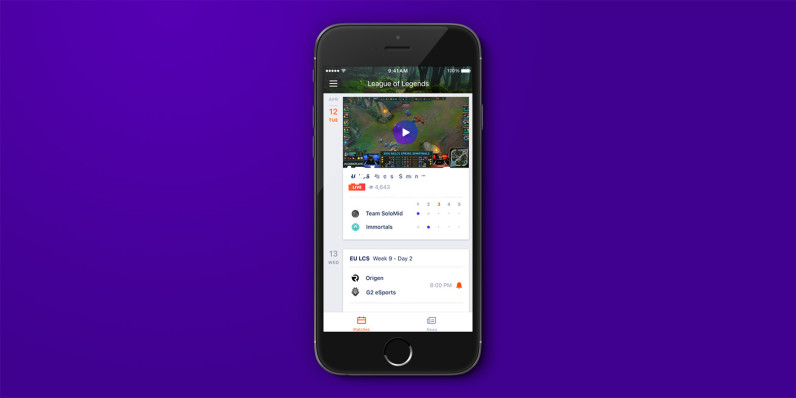 Although it’s close to being sold for a pittance, Yahoo isn’t dead yet. The company has been busying itself building shiny new apps, including a revamped Mail client for Android and a new esports news reader.

The app features a card-based interface that’s easy to browse, and lets you leave comments on news stories. If you like, you can turn on notifications to receive alerts for live matches as well as score updates.

It’s clearly an attempt on Yahoo’s part to cash in on the burgeoning esports business. The company launched a portal for competitive gaming on its site back in March. According to research firm Newzoo, the market is set to grow to $463 million this year and hit $1.1 billion by 2019.

But Yahoo will certainly have its work cut out for it: earlier this year, ESPN launched a dedicated esports section on its site to cover ‘League of Legends’, ‘Dota 2’ and ‘Hearthstone: Heroes of Warcraft’. And last year, sports media company TheScore launched its own esports news app for mobile devices.

Yahoo Esports is available for free in the App Store.

Yahoo Esports on the App Store

Read next: 4 hurdles that keep virtual reality from being mainstream