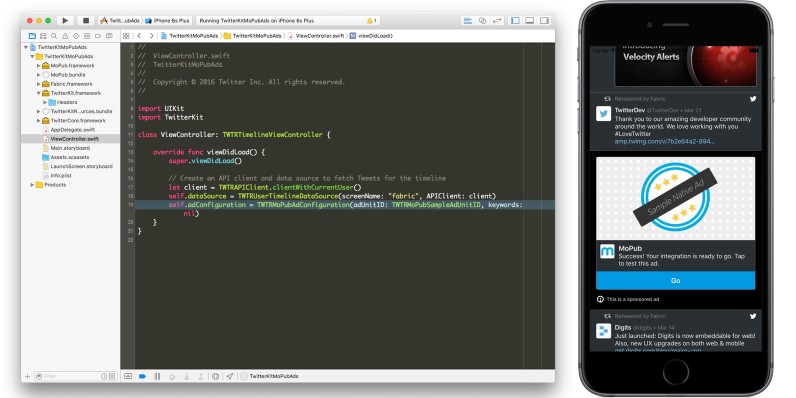 Twitter is rolling out a beta program that will allow developers to add advertisements to tweets.

For the beta period, Twitter is only allowing tweets with ads to be seen in Android and iOS apps that utilize Twitter Kit for embedded timelines. That means third-party apps using Twitter as their social feed (the official NBA app is a good example) can monetize those streams.

Twitter has taken care to make sure the ads appear native and subtle. According to its announcement, ads will be rendered, themed and match the color preferences developers set in Twitter Kit.

Developers won’t have to do much heavy lifting, either. Twitter says that once a native ad unit is set up in MoPub, developers simply have to paste the ID into Twitter Kit and it will take care of the rest.

The program means Twitter is allowing monetization of streams (and letting companies do the same), which is bound to be a hot-button topic. Over time, talking heads have either lamented that it has never done so or sworn to scorch the Earth if it ever did.

To that, it’s important to remember that at least for the beta period, this is limited to embedded streams in native apps. The integration is also limited to Android and iOS for now.

It’s easy to imagine that we’d one day see ads in embedded tweets or timelines on websites, but that’s an advertising can of worms Twitter hasn’t opened yet — and probably one we shouldn’t worry too much about for now.

Read next: BitTorrent is taking on broadcast television with a multichannel livestream platform