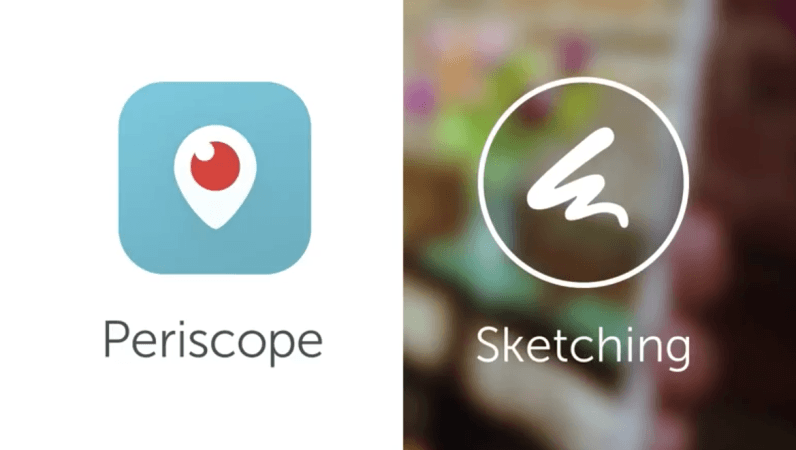 The feature, which we first told you about just over two weeks ago, lets you draw over your stream. Anything you do sketch will vanish after a few seconds, so feel free to get weird with it.

Just remember that people can get screengrabs of your stream, so that ephemeral sketch might actually be one for the ages.

⚡️🎥🎨🌟 Sketch while you Scope – now available on iOS! pic.twitter.com/k5JgViBnkO

Periscope is also launching a new statistics feature that shows you how many total views your broadcast had, as well as information on when people tuned in.

Dig deeper into your broadcasts with a live viewer graph and improved stats on iOS! 📈👌 pic.twitter.com/WDABAn2lLW

Read next: Samsung sets its sights beyond 'Gear VR' with ambitious new headset