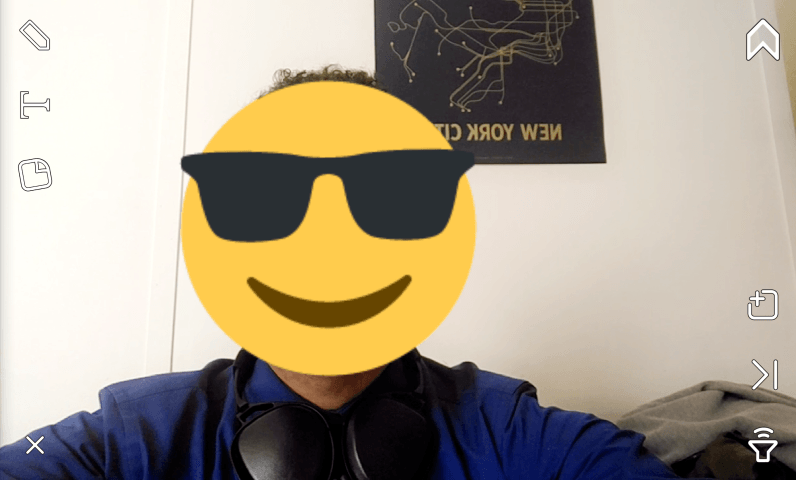 Snapchat is getting a nifty update to its videos: users can now attach stickers and emoji to objects and track them around a scene.

That lets you do things like place an emoji on your face and use it as a mask, or make tiny vehicles move around in your videos.

You can access the new feature by recording a video and then tapping the sticker button up top, as you would to place a static sticker.

Once you get it in the right position over the object you want, you can long press on it to ‘stick’ it to the person or object, and the sticker will then follow that object throughout the video.

The obvious use if for using stickers as a sort of mask, but you can also simply have them track objects like moving vehicles or even your handwriting.

It’s a silly little feature, but we imagine one that will become pretty popular for general silliness, as most Snapchat features do.

The update is rolling out to Android today, and will come soon to iOS.

Read next: Minecraft Realms is ready for Android testers