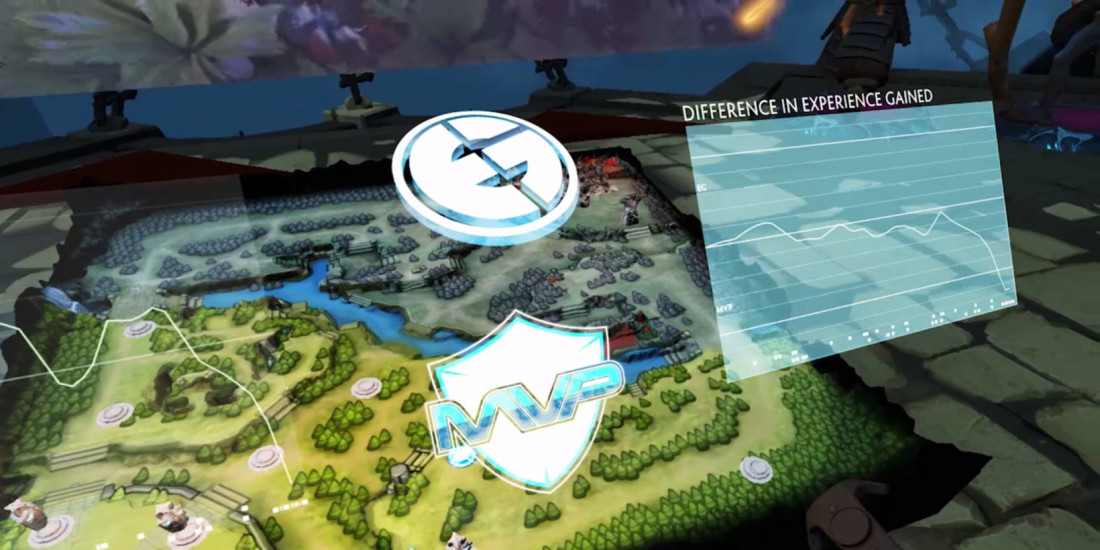 If you enjoy watching MOBA games in action as much as you like playing them, you’re in for a treat. In a newly released video clip, Valve showed off the experience for spectators following a DOTA 2 match in VR and it looks fantastic.

In addition to watching the match progress on a floating screen with the typical DOTA 2 top-down view, you’ll alsobe able to see models and information about the heroes on each team, a detailed map of the current game as well as scores and other stats.

That’s a serious upgrade from the existing in-game spectator mode, which currently lets you move the camera around freely but obviously isn’t as immersive as a VR experience.

Footage of VR spectator mode for #dota2 with @htcvive. Things could NOT get any more exciting today. pic.twitter.com/3f4sEfUX8U

The demo, which you can watch on this SteamVR page (scroll to the clip above the ‘What You Need’ section) is running on an HTC Vive, so it’s safe to assume you’ll need one to engage spectator mode when it becomes available.

Valve hasn’t announced a launch date or support for other headsets for the feature, but it’ll likely win over fans old and new when it arrives.

Read next: The resume is dead – long live the resume