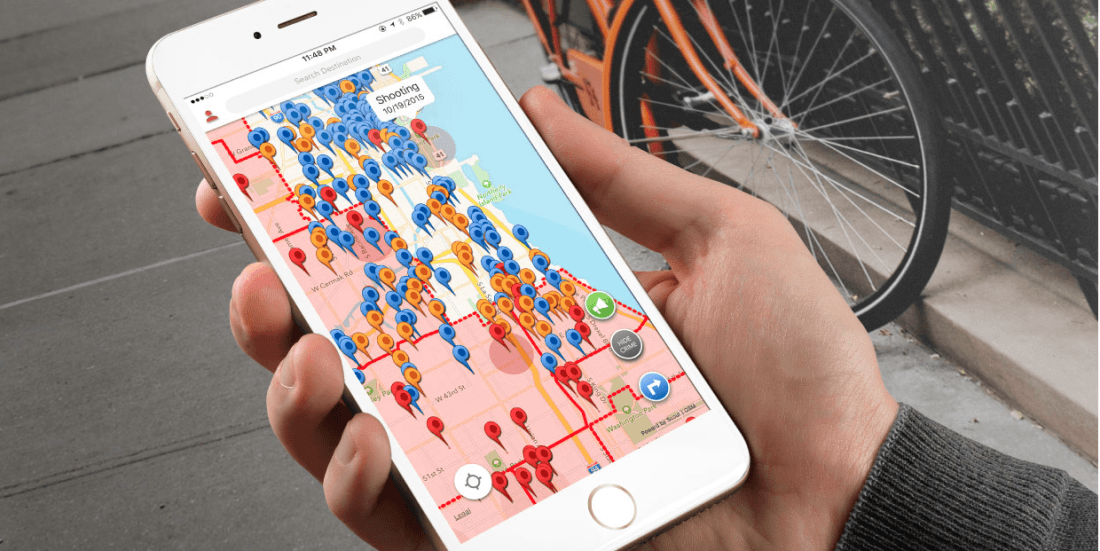 If you want to steer a path away from your local crime hotspots, then RedZone‘s iOS app is worth checking out.

In a nutshell, it’s a GPS-driven navigation app that sources crime data from government institutions and ordinary citizens to map out the most dangerous spots in town in real time.

Unlike other tools like Crime Reports and Crime Map that perform a similar task, RedZone not only displays locations where crime has occurred, but also helps you stay away from danger by showing you the safest way to get from point A to point B.

To accomplish this, RedZone takes into account all crime data it stores and rules out any possible routes that are marked as ‘red zones’ – the app’s term for areas that report high levels of crime.

The sort of crime RedZone logs on its map includes traffic accidents, shootings, thefts, assaults, acts of vandalism and more.

The app also has a commenting feature that lets users contribute with additional information and discuss details of incidents at length.

As of now, RedZone is available only in the U.S. and Israel, but there are plans to open doors in other areas as well.

You can get RedZone for free at the App Store.

Read next: Get certification-ready with this project management (PMP) training course