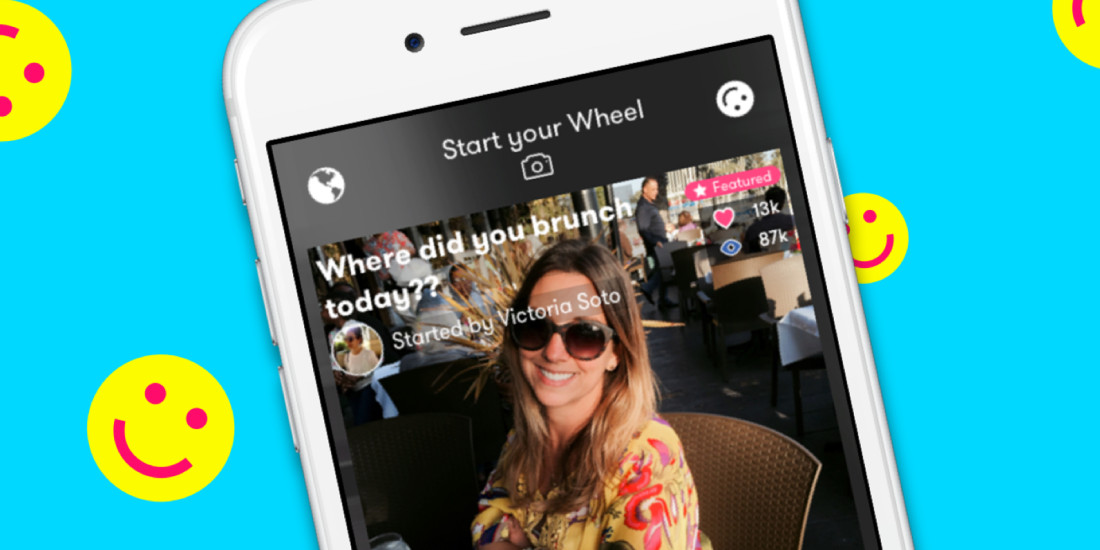 Almost exactly a year ago, Facebook released Riff, a social video app that let you create themed chains of videos with friends. While that app was swiftly put out to pasture, Wheel launches today on iOS to pick up the baton and it’s already looking pretty promising.

As with Riff, the idea is that you record a short video based on a theme of your choosing and your followers add their own contributions. This creates a chain of (hopefully entertaining) videos for others to watch before joining in themselves. However, while Facebook simply threw its app out into the world in a rather untargeted way to see what would happen, Wheel’s founders are tightly focused on the 13-21 year-old market.

CEO Paul Boukadakis says that during pre-release testing he got in touch with talented young creators on YouTube, Vine, Instagram and Snapchat to get them to try Wheel. These early users have come up with some fun content, including a ‘do an Arnold Schwarzenegger impression‘ Wheel that even features an appearance from the big man himself (Boukadakis has a background in the film industry).

“Riff was clunky and a good example of an inelegant stab at cracking collaborative video,” says Boukadakis. “Wheel is a much better experience across the board and and has additionally lowered the barrier of entry to creation because people don’t have to feel the pressure of being THE creator, they can just jump into someone else’s story. It’s high reward for very little risk.”

Any social app is a massive gamble on adoption by fickle users, and the teenage audience Wheel is courting is the most fickle of them all. Still, with a polished product and a strong batch of content seeded for people who pick up the app after its launch today, it’s in a stronger position than many contenders that chance their arm at social success.

Read next: How 3D printing will change the pharmaceutical world forever