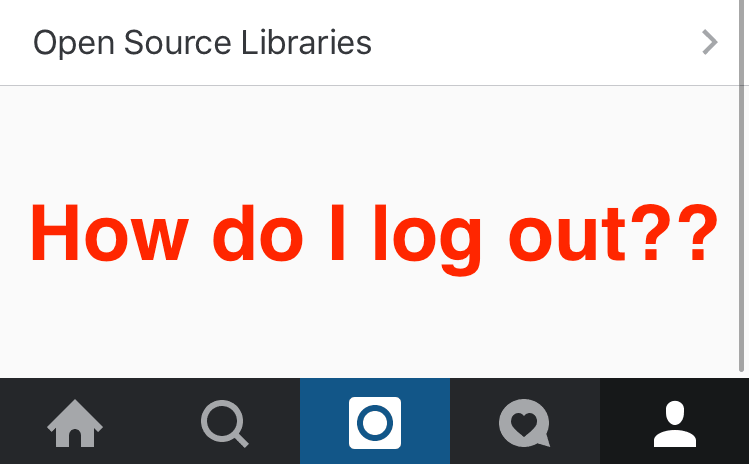 The new Instagram update for iOS has some useful tools, particularly because it allows me to make longer videos up to one minute, so you can stuff more content into your posts. It’s great!

But I just have one question: Where did my log out button go?

Normally, the ability to log out of the app has been nestled in the ‘Settings’ tab — click the gear icon, scroll down, and tap the ‘log out’ button to get out of dodge. But today, when I scrolled down, I was met with nothing. No button. And nothing to indicate I could switch accounts.

So, I tapped around for a bit and tried to find it within some new, unexplained UI change. Nope, it’s nowhere to be found.

And it turns out I’m not alone: folks on Reddit have also lamented their missing log out buttons as well. There’s a tutorial offered to log out of the app with the new update, but it involves actually opening up a Web browser and logging out of your username through that — hardly a sustainable solution.

There’s a fairly hefty list of complaints on Twitter dating back over the last day, iOS users have posted screenshots and expressed confusion about where the button went. It doesn’t seem to have popped up among Android users though, even as the new update has rolled o ut.

This update has also made it more difficult for iOS users to switch between accounts — another unexplained phenomenon that doesn’t even work with the browser workaround.

We’re aware of an issue that’s preventing some users from logging out or switching accounts. We’re working on a fix.

So now you know. If you find your log out button missing in action, don’t worry: you’re not alone.