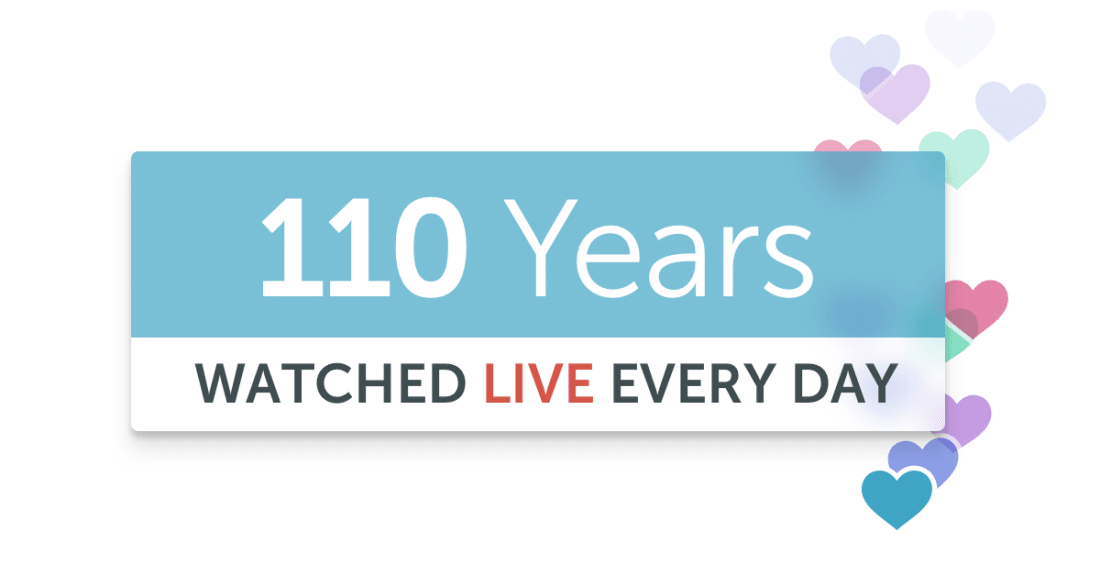 With over 200 million broadcasts over the course of its first year, Periscope now says we watch a whopping 110 years of video per day.

For comparison, we were watching 40 years worth of video every day just seven moths ago, according to Periscope.

Periscope didn’t say how many users it had, but it’s likely that number rose steadily as well. Last time Periscope discussed its ‘hours watched’ metric, it claimed 10 million users.

Here’s another interesting statistic: that 110 years is only Android and iOS. Periscope doesn’t count Web, replays or streams viewed via Twitter.

It’s a shocking metric, but an impressive one that shows live video is something we’re into in a big way.

Year One on Periscope

Read next: Where is Jony Ive?