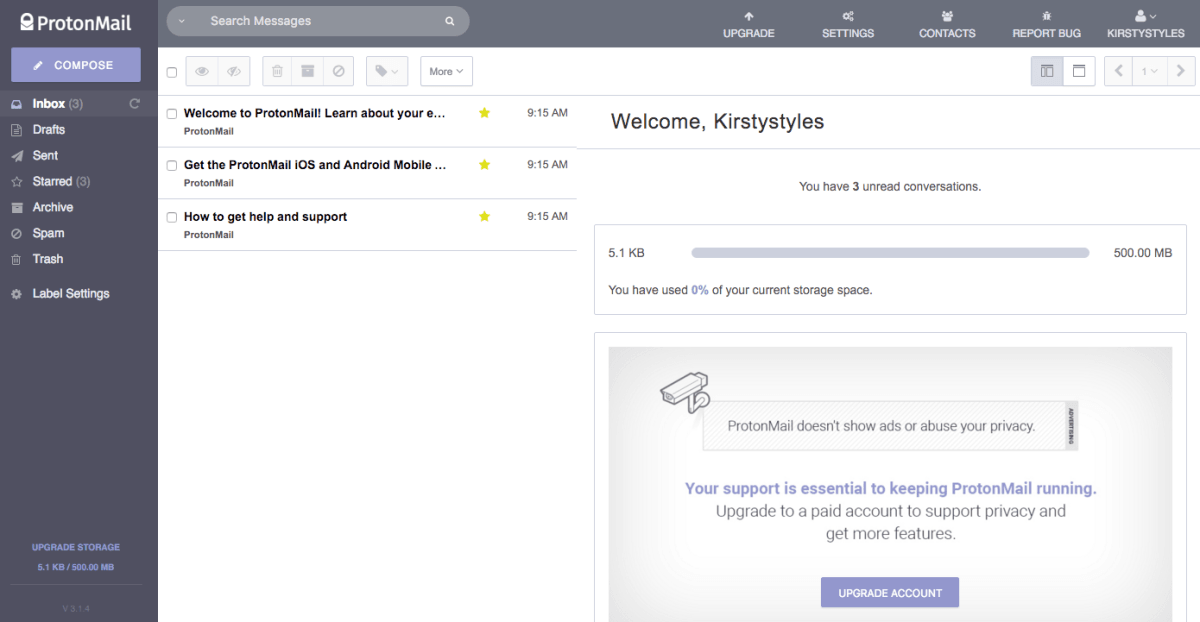 I often get asked “what email service should I use if I don’t want to use Gmail?” and now I finally have what I think is an excellent answer.

ProtonMail is an ad-free, end-to-end encrypted email client that’s been invite-only since 2014 – but it’s now opened its doors to ordinary civilians and is finally live on both Android and iOS – after delays that it’s blamed on the US government.

In February, the company explained: “Our app is still delayed by the Apple/US Gov approval process.”

The back-end was built by bods from CERN and MIT, and has so far been tested in closed beta with businesses, activists and journalists, which should all give you some indication of how seriously this platform is taking the privacy issue.

But that pedigree hasn’t made the service immune to attempts by hackers to take out its platform. Back in November, the company even paid a ransom to online criminals, which predictably didn’t stop further attacks.

If you sign up for a free account, you get all of the basics that you’d get from any other provider, 500MB of storage, two-factor authentication to access your encrypted inbox, and now a very smart-looking app to access your emails on the go.

But beware – if you forget the password to decrypt the email inbox, as opposed to the one for logging into the platform, you can’t retrieve it.

Having raised more than $500,000 in a crowdfund in 2014, ProtonMail is now keen for you to become a paid user so it can fund the future of encrypted email. Its v3.1 launched last month and offers custom email domains, aliases and 20GB of storage.

The platform has come to be seen as a replacement for the now defunct Lavabit email provider, which closed in 2013 after suspected law enforcement issues related to Ed Snowden’s use of the platform during his whistleblowing campaign.

In a bizarre twist of fate, or some kind of poetic justice, court documents relating to the secret actions that led to the demise of Lavabit have just accidentally been released for all to see. As suspected, the FBI had served a request on Lavabit to hand over Ed Snowden’s email usage data.