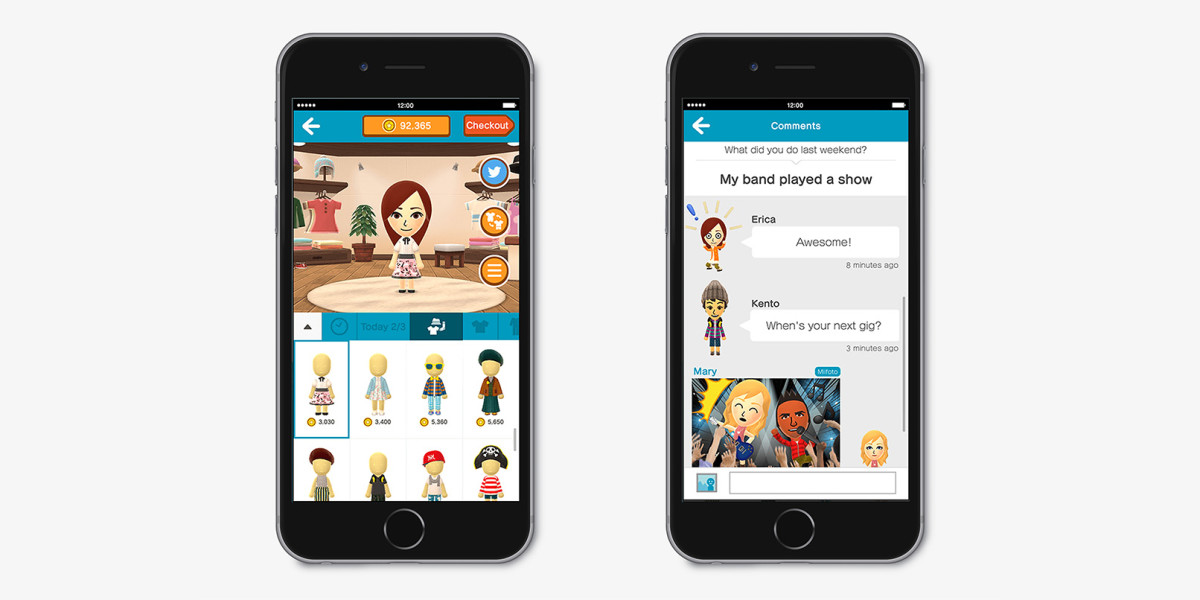 Nintendo has launched its first mobile app, Miitomo, on Android and iOS in Japan today. The company says it’s designed to be a social go-between that can help you learn more about your friends.

Kotaku reports that you don’t need a Nintendo Account to sign in, but having one allows you to sync your profile across devices and complete missions to score points.

Miitomo uses your phone’s front camera to take a selfie and generate a similar face for your in-app character, called a Mii. You’ll recognize its look from Nintendo’s Wii Sports console game.

Once you’ve set it up, your Mii will ask you a bunch of questions about things like your favorite TV show and what you hope to be doing a decade from now. Your answers are shared with your friends’ Miis so you can all get to know each other better.

Other activities include chatting with Miis, dressing up your character with outfits from an elaborate wardrobe and playing a minigame called Miitomo Drop to win in-app prizes like exclusive clothing.

You can also create images called Miifotos by placing your Mii in pictures from your camera roll to share with your friends and on social networks. And if you’re feeling rich, there’s a store to purchase coins for Miitomo Drop as well as special outfits for your avatar.

Miitomo is the first of five mobile apps Nintendo hopes to release by 2017. It could be part of a larger strategy to get people used to Nintendo’s cross-platform accounts and rewards, while also building the foundation for a global community that can socialize and spend money outside of the company’s games.

The app is expected to launch in several more countries soon, but Nintendo hasn’t announced dates yet.

Read next: Your foolproof guide to finding and hiring the perfect candidate in 2 days or less