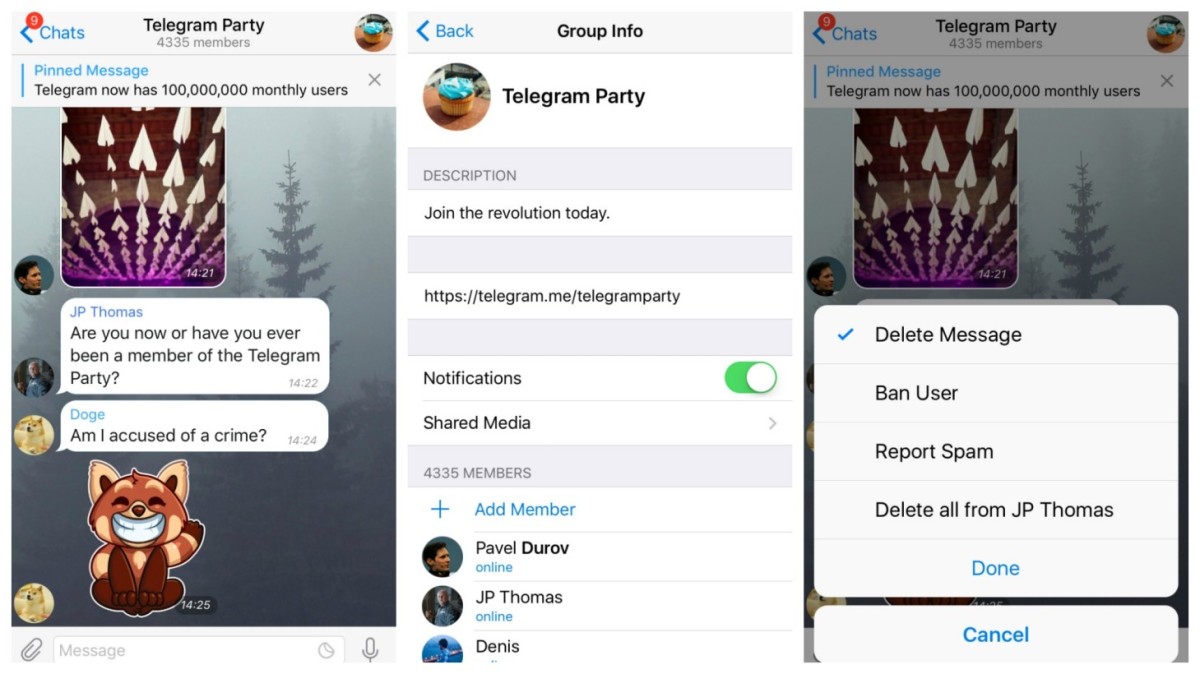 I find group chats on any platform horribly annoying. I can see why they are necessary in some cases but for the most part, it’s just noise.

Well, messaging app Telegram must know something I don’t because its latest update is allowing users to up the number of people in their supergroups to 5,000.

The number was already increased from 200 to 1,000 in November last year but apparently that wasn’t enough for Telegram users.

Telegram is known for its encryption credibility and recently revealed that it has more than 100 million monthly active users who will presumably all be able speak to one another in one giant group chat at some point in the near future.

As well as making its supergroups bigger, the update also added the ability to share a group publicly with a unique URL so anyone can see the group’s chat history. They will need to be a member to join in the conversation though.

Admins in groups can now block and report users who are causing trouble and pin important messages, like rules, to the top of the chat. This will be especially useful for posting guidelines for new member to read.

Telegram rolled its public groups feature out in Europe and the US already and says it will soon be available in Asia as well.

Read next: 29 of the best tech stories you missed this weekend