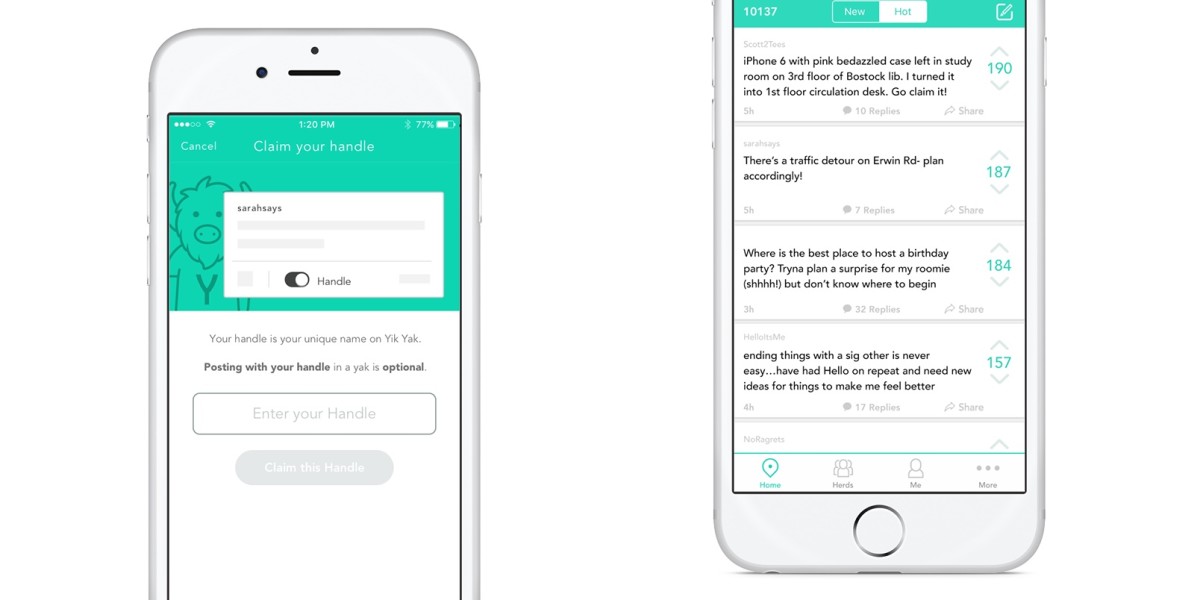 Yik Yak is making anonymity optional. Users can now create handles, and will have the option of attaching posts to those screen-names.

Like a Twitter username, a handle can be whatever you like, and are unique to each user. If you’ve got a particularly snappy handle in mind, Yik Yak says it will issue them on a first come, first serve basis — so hurry.

By default, handles will be toggled ‘on.’ The company says it can be turned off for each yak or reply created, suggesting handles are really ‘always on.’ Though still anonymous, it could dissuade some from creating handles.

It’s not clear if handles suggest a new direction for Yik Yak. Via a blog post, the company claims it’s meant as a way to “establish a unique voice” in your community, but the point of Yik Yak was always to avoid any kind of persona.

It could be a means of cleaning Yik Yak up, though. If a user has a handle, and posts harassing content, it could give Yik Yak cause to suspend or remove an account. That at least forces bad actors to start from scratch, which could discourage hateful rhetoric.

Read next: Google's satellites will now do much more than just update your maps