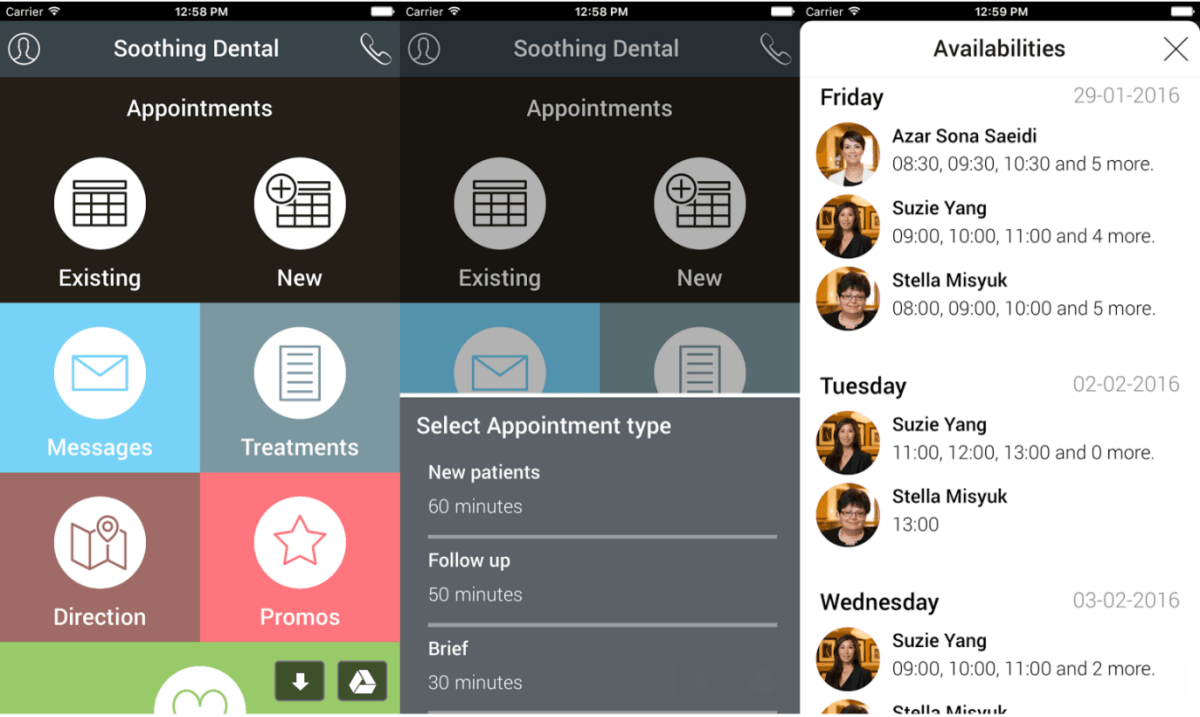 One of the most interesting things about Silicon Valley startup culture is how it has affected other industries with its strategies, particularly the healthcare industry. Health tech has taken off in recent years, even down to the patient care and doctor’s office model in San Francisco-based startup One Medical.

Now, a new San Francisco-based startup wants to bring a mix of Uber’s on-demand tactics with One Medical’s boutique-level care directly to your mouth.

Soothing Dental is a new startup that allows its users to book dental appointments with certified dentists through an app at their own discretion, and use a boutique, tech-forward office for their care.

Founder Farid Fadaie told TNW that the idea sprang forth from his bad memories of going to the dentist — he wanted to create a seamless process that made it easier for patients to feel more at home at the office while receiving good oral care.

“First and foremost, we want to provide a great clinical service, regardless of technology we have,” he said. “Our first goal is to have first-rate clinical dentistry.”

The app, which launches today for iOS and Android, allows users to book their appointments and reach their dentists through a messaging service. Once the appointment is made, patients head to the office where they will get the opportunity to connect to 80Mbps WiFi and watch Netflix while they get their teeth cleaned or cavities filled.

While it borrows a lot from One Medical’s boutique philosophy, Fadaie said that Soothing Dental doesn’t have any membership fees as they bootstrap their first office in San Francisco’s Union Square. Over time, that could change as the company builds new offices and expands.

When asked why a new bootstrapped healthtech company would take a chance on San Francisco, Fadaie said it’s about the city’s willingness to embrace new and novel change.

“San Francisco is very unique in the sense that people in it are open to change and they have an idea to what’s possible,” he said. “If you’re not providing a really good service, not many people are going to use it.”