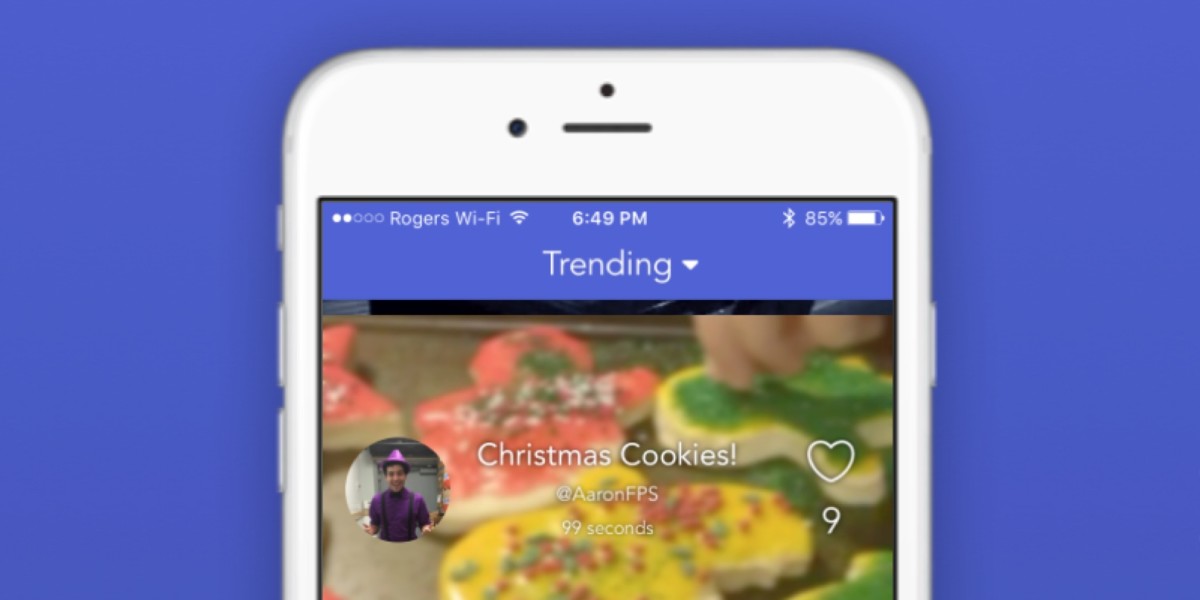 While the long-term benefits of Snapchat Discover are yet to be determined, there’s no shortage of brands and publishers keen to try it out. However, Snapchat is very picky about who gets access.

Slinger is an app (currently iOS only) that wants to be the ‘YouTube for vertical video,’ and it’s keen to step in with as an open alternative to Snapchat’s closed platform.

The app is the brainchild of Chris Carmichael, a serial entrepreneur who long-time readers may remember was very upfront with Sean Parker at a conference a few years ago. Launched late last year, Slinger saw 4.2 million seconds of video watched in its first month and a half.

Slinger has over 12,000 registered users, and now brands are being courted to take advantage of the platform. Unlike Snapchat, you can upload video you’ve shot elsewhere, which allows for a greater range of styles of presentation than shooting natively in Snapchat and posting to a Story there.

The newly updated app, out today, emphasises discovery of new content in a way that’s far better than in Snapchat, even if the audience is currently many times smaller. Spotify is one brand that is currently using Slinger in an interesting way. TechCrunch and Mashable are among the others with Slinger channels at present.

Vertical video is likely past the point of no return – it’s not going away. It’s arguably a more personal, intimate way of sharing a moment on a mobile device than horizontal video. Live video streaming apps like Meerkat and Periscope were ‘vertical-first’ for that very reason. However, whether there’s room for a YouTube-like window on those moments remains to be seen.

Read next: The awesome Android Remix OS will soon breathe life into virtually any old PC