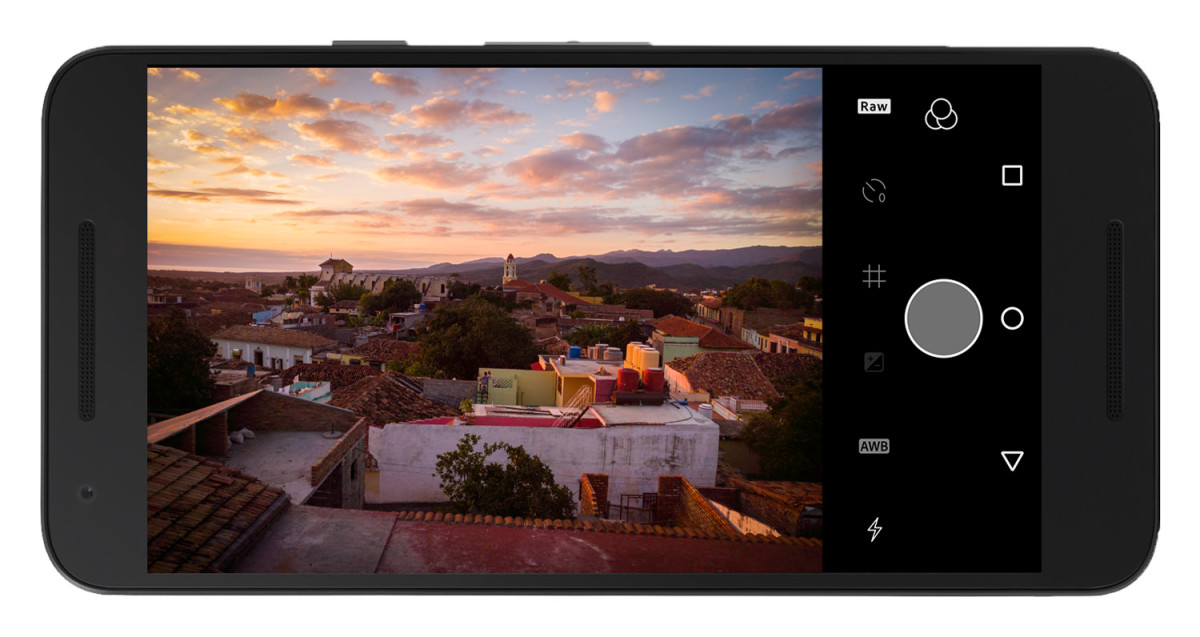 Adobe Lightroom is probably the most popular image processing program for professional photographers, but now the company wants to be your camera too – if you own an Android phone anyway.

Adobe Lightroom 2.0 for Android adds a full-fledged camera interface with a standard set of controls like flash, white balance, exposure compensation and a shutter control. But the the big news? RAW photography.

Of course, a variety of Android camera apps already support the format – including many preinstalled manufacturer cameras – but what makes Lightroom special is that it theoretically does everything you need from capture all the way to your edits and final export; Adobe claims it’s offering the first end-to-end solution on Android.

That potentially solves the big issue with mobile RAW photography: convenience. Instead of using one app to capture your photos and then importing into an editor and playing around with settings to get the right look, you can now simply capture the photo in Lightroom itself and immediately start adjusting the image to your liking.

This is aided by shoot-through presets, which basically let you apply pre-installed or custom settings and preview what an image will look like before capturing the shot. Once you take the photo, the preset will automatically be applied, even if the photo is in RAW.


That could potentially save you a precious few minutes of fiddling around during the editing phase. And the great thing about RAW is that if you decide you want to change the look, you can do so without permanently degrading your final image at all.

Camera aside, there are some big updates to the rest of the app which help bring it to parity with the desktop program. These include:

Some of these features were available in mobile competitors, so it’s nice to see Adobe catching up. Just as importantly, Mac and Windows users can expect most of the editing tools from the full program to be available on the mobile app now.

For me at least, that means I might actually consider editing my photos on-the-go more regularly – and that’s exactly what Adobe wants. If you want to know more about why RAW could be a game-changer for mobile photography, read our post here, or check out Adobe’s own demonstration here.

The update is rolling out today; head on over to the Play Store if you want to give it a shot.

Read next: 5 productivity apps to help you single task