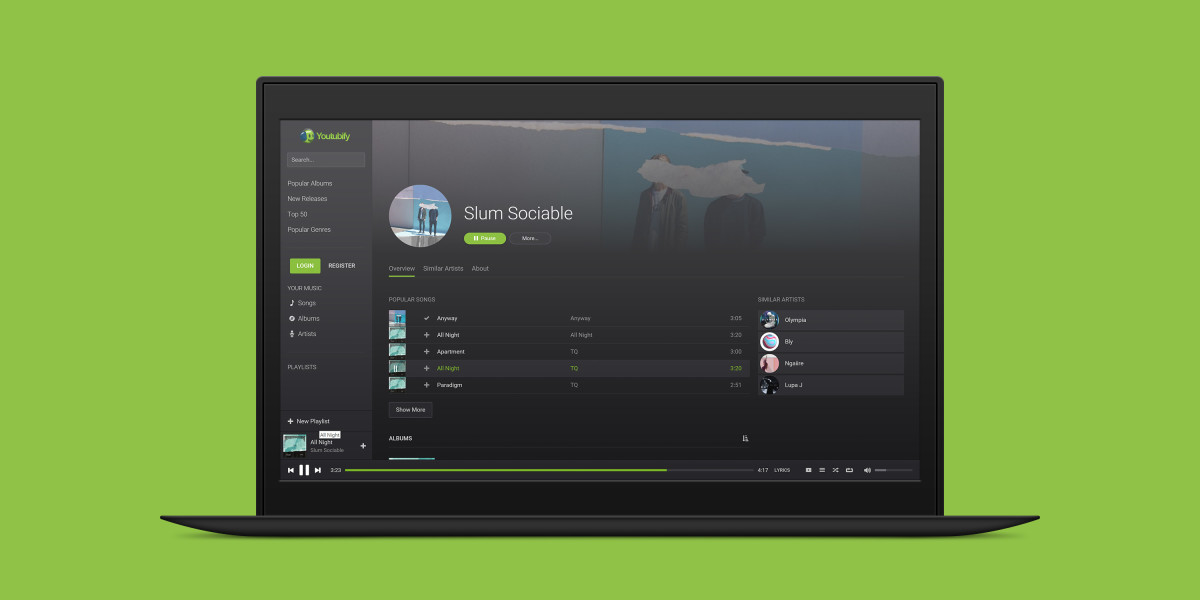 Ever wanted to roll your own streaming music service? As it turns out, all it takes is $38 — and you don’t even need to touch a line of code.

For roughly the price of a Chromecast, you can buy a script that sets up a full-fledged Spotify-like streaming music app that pulls tunes from YouTube and lets users create accounts, discover popular albums and whip up playlists. Only, you wouldn’t be the first to launch such a service — and it may not be legal.

Last month, TorrentFreak came across Wefre, a free streaming service that offered a boatload of features. Site owner Boris Vera said that Wefre used Spotify’s API to catalog music and YouTube’s service to play videos in the background. As such, Vera believed that he was operating his site entirely above board.

TorrentFreak has since learned that Wefre was built using the aforementioned script available on code marketplace CodeCanyon, and that several clones have cropped up as well.

Your API Client will not, and You will not encourage or create functionality for Your users or other third parties to:

So how come these sites are still running? It’s possible that YouTube hasn’t yet discovered them using its API without displaying video, but it could be just a matter of time before the company closes off access to its content for these clones.

Wefre said in a statement that after learning its service may not be totally legal, it has decided to put its operations on hold. It also shut down a Kickstarter campaign to raise funds for building companion iOS and Android apps.

So, in case you had plans to make a quick buck running a streaming site with ads or want your own YouTube-powered Spotify clone, know that a $38 investment won’t cut it. Not for long, anyway.

Read next: Samsung’s new Galaxy S7 Edge repels water and any attempt to update the design