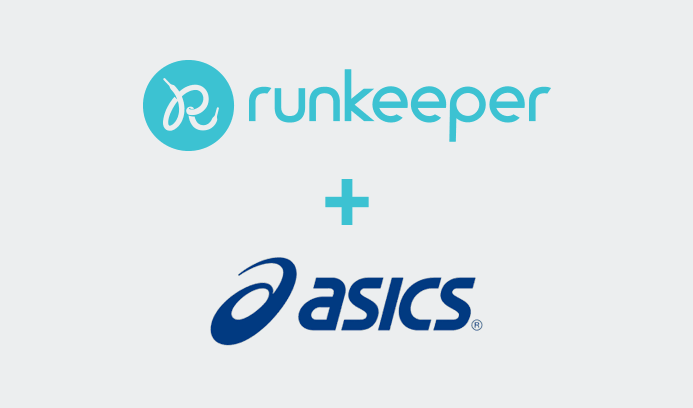 Runkeeper has been acquired by sportwear company ASICS for an undisclosed sum, the company’s CEO Jason Jacobs announced on Medium.

Jacobs wrote, “it seems clear that the fitness brands of the future will not just make physical products, but will be embedded in the consumer journey.” So in his view, “partnering with ASICS to fulfill this vision together makes a ton of sense.”

Amazingly, the company said that the deal makes sense from the data side too. Jacobs wrote that, “people using our Shoe Tracker feature in the app, we know that ASICS shoes are by far the ones that Runkeeper users run in the most.”

ASICS, which is based in Japan and was founded in 1949, primarily produces footwear and sports equipment. The sports company had previously pushed into the software world with its own app, My ASICS, which has seen only mediocre success compared with competitors like the Nike+ app.

In its own press release, Asics said that, “We aim to fully utilize the resources of both ASICS and FitnessKeeper to provide high value added products, services and contents to even more customers.”

It continued, saying that it, “will be able to establish a one-to-one marketing channel utilizing user data including fitness information and obtain a digital technology development platform that is led by a management team with extensive experiences in this field.”

Translation: ASICS wants to leverage Runkeeper to help it sell even more fitness gear, which makes a lot of sense.

What’s unclear is if the acquisition will eventually change the model Runkeeper uses to monetize its service; a $9.99 monthly subscription fee for access to exclusive features in the app, like training plans and comparison data.

Jacobs said that, “From the end-user standpoint, not much will change” but with the added benefit of the team being “able to move even faster” with ASCIS’ resources behind it.

In late 2015 Runkeeper cut 30 percent of its workforce to focus on growing revenue rather than the overall user base.

Similar deals have happened in this space recently too, with Under Armour acquiring both MyFitnessPal and Endomondo last year to boost its digital offerings and Adidas paying more than $240 million for Runtastic.

Both ASICS and Runkeeper have not disclosed the terms of the sale, but we’ve reached out for comment and will update when we hear back.

Read next: Uber owes 25 million passengers a payout, but it's virtually pointless