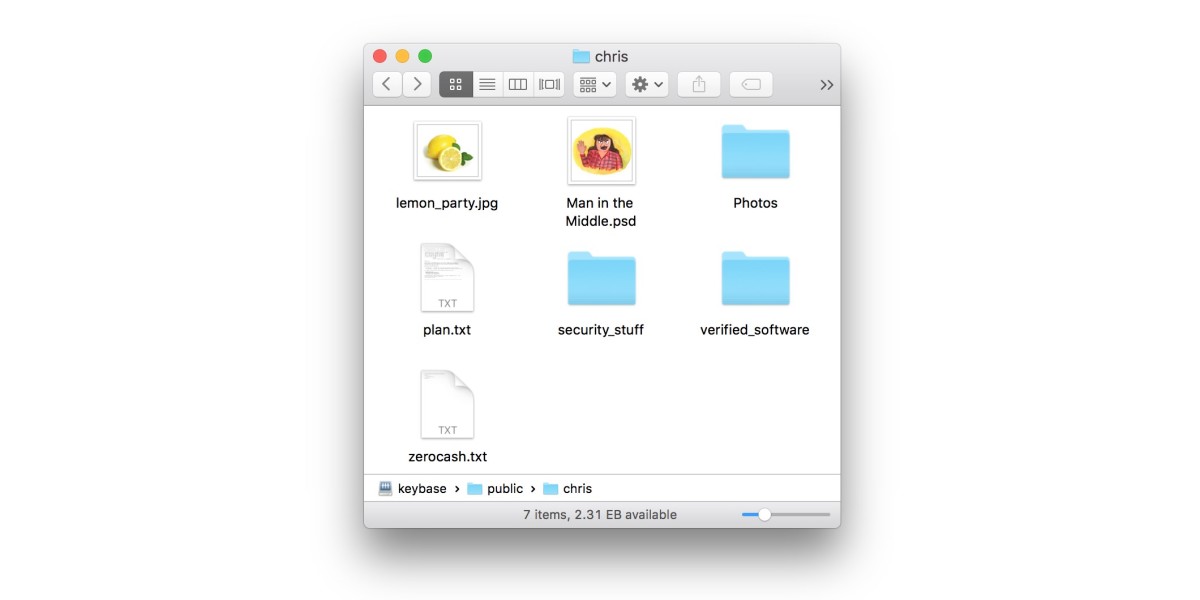 Message encryption service Keybase has launched a private beta of a new file sharing system that lets you upload files to the cloud and automatically encrypt as well as sign them with your PGP key.

The advantages of Keybase’s app is that it lets others easily verify that the files they’re looking at came from you and that they haven’t been tampered with or replaced by anyone else, because they’re signed with your private key.

Plus, files in your private folder will be encrypted end-to-end, so even Keybase’s servers won’t be able to read them.

It isn’t quite the same as Dropbox: you’ll need a PGP key to secure your identity and there’s no option to sync files continuously from your desktop or mobile devices. That means it’s more suited to people who need a way to securely share files rather than those who simply want to free up space on their gadgets.

Encryption helps prevent unauthorized people from viewing the contents of your files and ensures that only you and your intended recipients can see them. It also keeps others from sharing it publicly — an encrypted file is no good without the decryption key.

Keybase says you can store up to 10GB of files for free and it may add premium tiers in the future. It will also soon add a feature to allow you to share private files with other people just by appending their Twitter handles to folder names.

You’ll need to wait to get a chance to try it though: at the time of writing, the queue already had more than 20,000 in line for beta access.

Read next: UN rules that Assange was arbitrarily detained for more than 5 years