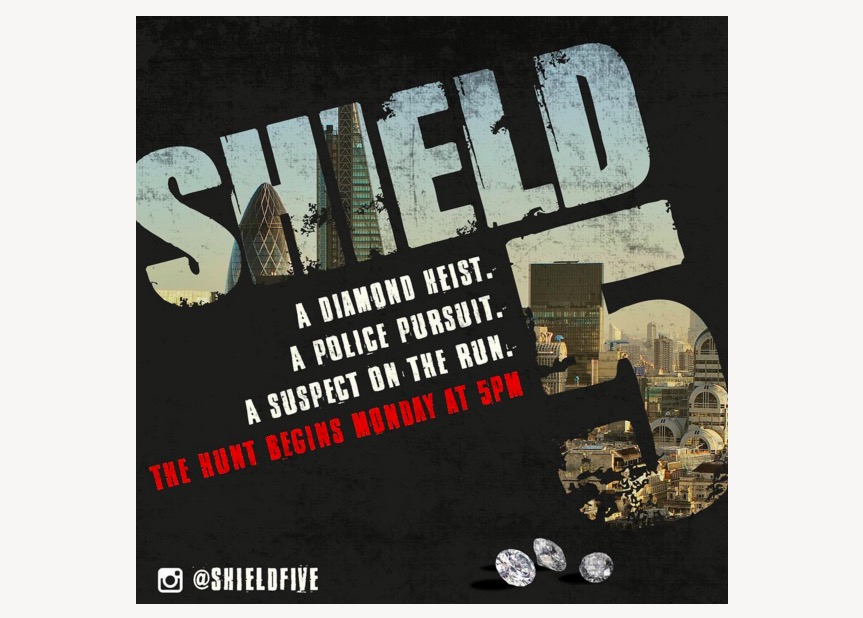 Instagram has made its first foray into the world of filmmaking, launching its very own 28-part thriller series.

‘Shield 5‘ will be broadcast daily via 15-second clips posted to its dedicated Instagram page throughout February.

It follows the story of a security driver in London who is arrested for his involvement in a diamond heist and murder and forced to go on the run to clear his name.

The first ‘episode’ shows him stumbling down a road in London covered in blood (but is it his own?).

The clip was followed up with a ‘Wanted’ poster shortly afterwards. There will be still images posted intermittently between episodes that will be used to set the scenes or add more context to the clips.

‘Shield 5’ is the work of Adam Dewar, an editor at The Guardian, and Anthony Wilcox, who also worked on ‘Hot Fuzz,’ ‘Layer Cake’ and ‘Pearl Harbor.’

The format is opening a new avenue of exploration for filmmakers. Instagram is typically known for its support of bloggers and photographers and has built the career of many, so if ‘Shield 5’ catches on as a concept, fifteen seconds of fame might take on a new and literal meaning.

My only hope is that at the end of the series, it doesn’t turn out to be a promotional introduction for a TV show or movie, which would be disappointing given its creative take on storytelling.

Of course, if it is a success, the chances of Instagram using the format as an advertising ploy are high, but that might not be a bad thing on a platform where ads are already more innovative than most.

New episodes of ‘Shield 5’ will go live at 5pm GMT every day on Instagram for the rest of the month.

Read next: A US university is forcing all new students to wear Fitbits