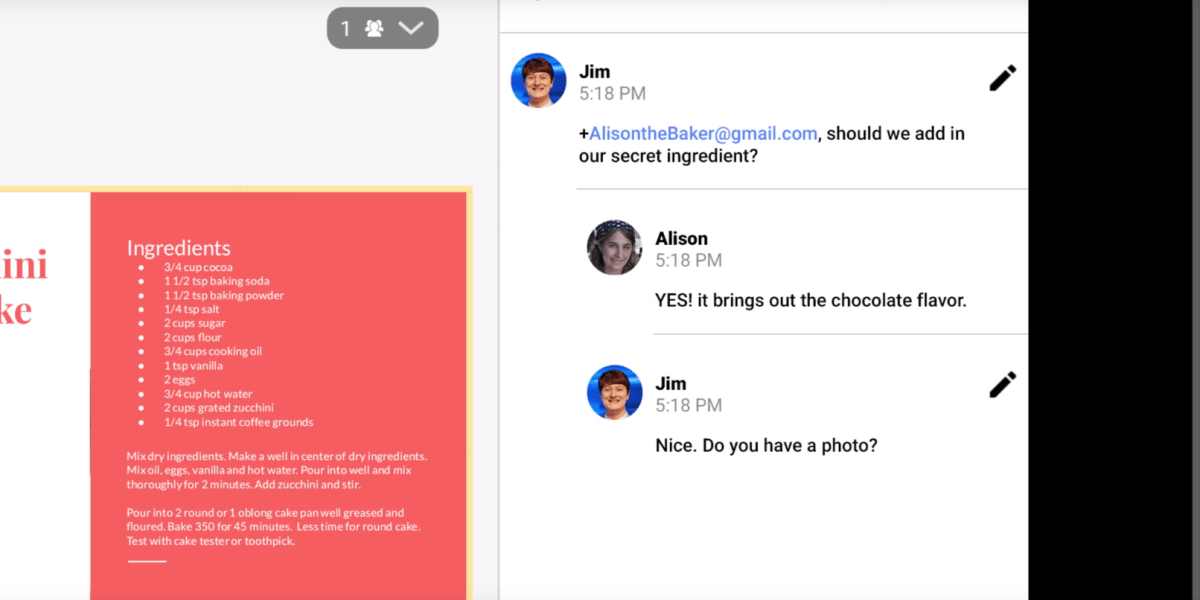 Google is rolling out an update for its Docs, Sheets and Slides apps that makes it easier to add comments and leave feedback while on-the-go.

While it sounds like a small addition – and is – it’s an important one. Collaborative and remote working means there’s more call for working together on a document simultaneously than ever before, and services that you wouldn’t perhaps consider a rival to Google in this area (like Dropbox, for example) have also focused on improving in-line commenting from any device.

Google says the new commenting system makes it simple to add a comment and then tag a teammate in the conversation to get their input.

To celebrate the launch of mobile commenting across all of Google Docs, the company made one of its engineers give up their favorite chocolate cake recipe, in celebration of National Chocolate Cake Day.

That’s a nice touch, but probably less re-assuring is the period of downtime Google Docs suffered this week, leaving some users without access to their files or accounts for a short while.