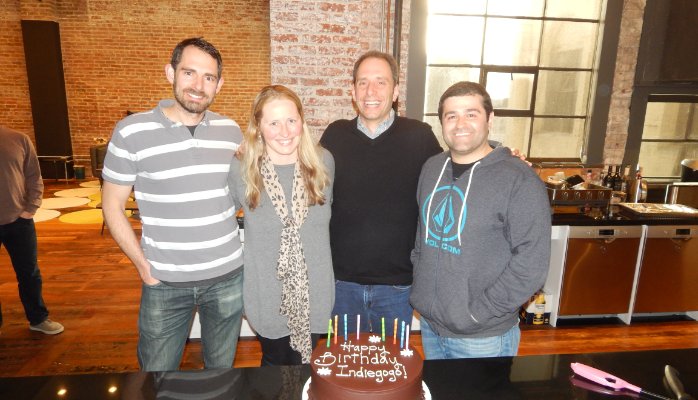 There’s a big shakeup happening at Indiegogo: CEO Slava Rubin has stepped down from the role after eight years as CEO, and his position will be taken up by COO Dave Mandelbrot.

Rubin will remain on the board as Chief Business Officer – a newly minted role. In a blog post denoting the change, the former CEO says the shift is a move to help him “focus full-time on innovation and growth.”

It’s something of a surprise announcement. Indiegogo has historically suffered from hosting some shady projects (like any crowdfunding site), but there were no clear indicators of an imminent management shake-up.

Still, Rubin suggests he’s stepping down in an amicable manner:

Dave has done a fantastic job of running the business operationally as part of the leadership team, and is beloved across the company. I couldn’t be more excited about having him lead Indiegogo into the next chapter, and after the applause I heard when we announced it to the team I know that everyone else at Indiegogo feels the same way.

For his own part, Rubin says he looks to use the new CBO role to drive the company towards new products and partnerships, such as equity crowdfunding, growth in China, and deals with retailers and manufacturers.

Read next: Monument Valley's soundtrack is coming to vinyl for all the hipster gamers