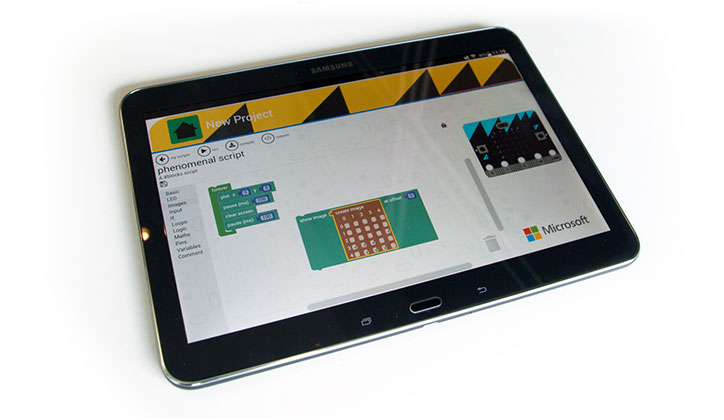 The BBC’s ambitious delivery of one million Raspberry Pi-like micro:bits to all Year 7 (6th grade) kids in the UK is delayed again – with teachers promised they’ll arrive in late February – but in the meantime they can familiarize themselves with Samsung’s companion Android app.

Part of Samsung’s “corporate citizenship” agenda, which is focused on using IoT to help address the UK’s digital skills gap, the app works via Bluetooth so you can use a smartphone or tablet to code the computer, or control digital devices using the micro:bit.

In testing the app, the BBC said kids have used the micro:bit, which is also designed to work with similar coding kits like Arduino, as a control for playing music on their phones, as well as for taking selfies.

The BBC has also now promised additional computers when they finally arrive so older children can also join the coding initiative too, part of the UK public broadcaster’s Make It Digital digital skills campaign.

The app is being launched at London education conference the Bett Show, where electronic project kit maker Kitronick is also showing off how it turned 1,000 Micro:bits into a giant screen.

The state-backed plan to deliver one million free programmable computers to every kid in the first year of high school was obviously ambitious – and the project was initially delayed in September because of issues with the power supply to the devices.

Hopefully they’ve got this, and any other issues sorted, ahead of the anticipated February roll out into the hands of the UK’s youth.

Read next: Conquer digital marketing with 3 great e-learning deals under $40